Download Minecraft PE 1.0.0 Ender Update for free on Android: a whole new dimension, an epic boss to fight with, and amazing blocks for the builders. The third and the last dimension in MCPE – the End – is added to the game. To access it, the player must find, repair and activate the portal located in the stronghold. An activated portal will take the player right to this area.

Mostly, the End consists of one main island surrounded s by smaller islands. These islands are comprised of End stone. The day-night cycle is absent in the End, similar to the Nether, – so you will not succeed in using beds in MCPE 1.0.0. 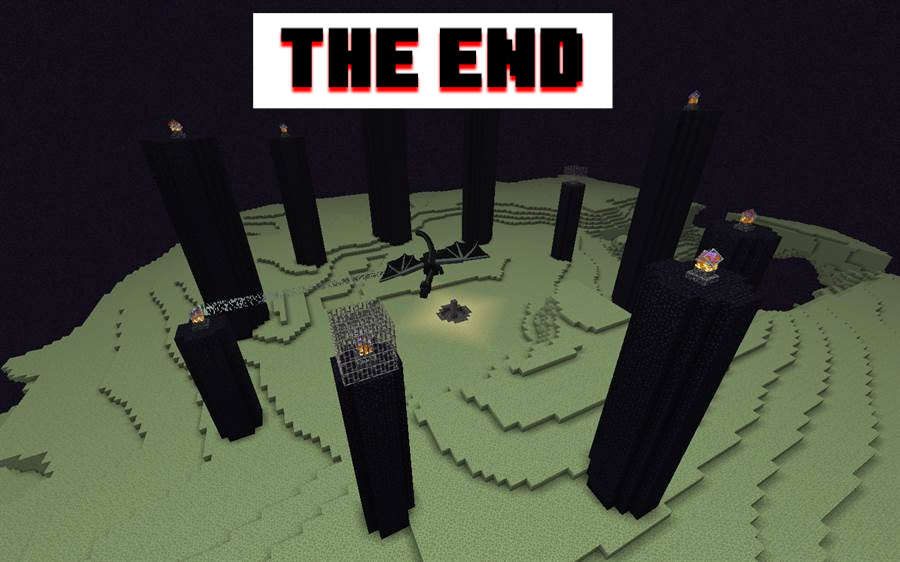 In the End, most items work as they do in the Overworld, with a few notable exceptions you must remember:

• beds will explode if the player attempts to use them, as in the Nether;
• compasses do not work here;
• clocks do not work in this dimension since there is no day-night cycle;

The players will find themselves on the central island. Once you have defeated the final boss, it will drop up to 70 levels of experience orbs, and create an exit portal. After getting into the portal, the player will see the credits and earn an achievement. 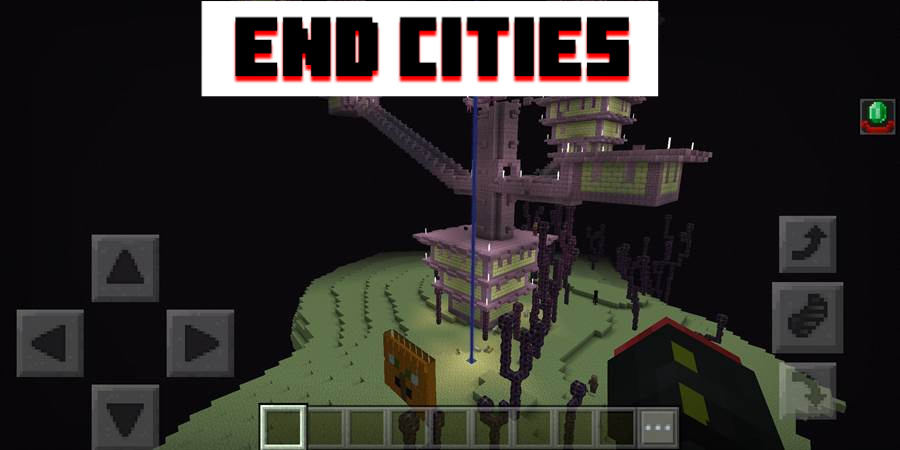 Once the End Boss is dead, you will be able to explore the surroundings of smaller islands, beyond the central peninsula, by directly teleporting there through a special portal. These islands mainly contain dungeons, plants, and new mobs in Minecraft PE 1.0.0.

A dragon egg appears on top of the exit portal after the dragon is defeated. If touched, the egg will teleport at a random distance. It can be mined with a pickaxe. Dragon Breath is a component used to brew lingering potions.

Lingering potions are potions that can be thrown onto the ground to leave a specific effect for 15 seconds. To get it, you need to use a glass bottle near the dragon’s breath attack in MCPE 1.0.0. 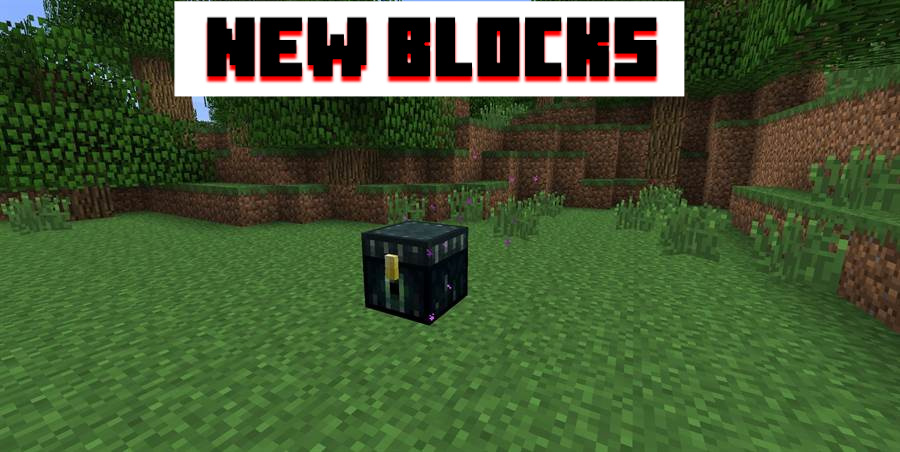 Elytra is a rare item that allows players to glide in the air. They can be found in end ships close to the cities.  Ender Chest is similar to a regular chest, but with some differences. The absolute difference is its inventory can be accessed from the other Ender storages.

Igloos are structures that are naturally generated in snowy biomes. They consist primarily of snow blocks. These structures can be in two variants: standard and with a basement.

In the second type of building, you can find several useful items in Minecraft PE 1.0.0.

Besides, there is an ordinary and zombie villager behind bars and a treasure chest. To get into the basement, you need to destroy a carpet under which you may find a trapdoor. Polar bears are creatures that spawn in snowy biomes. 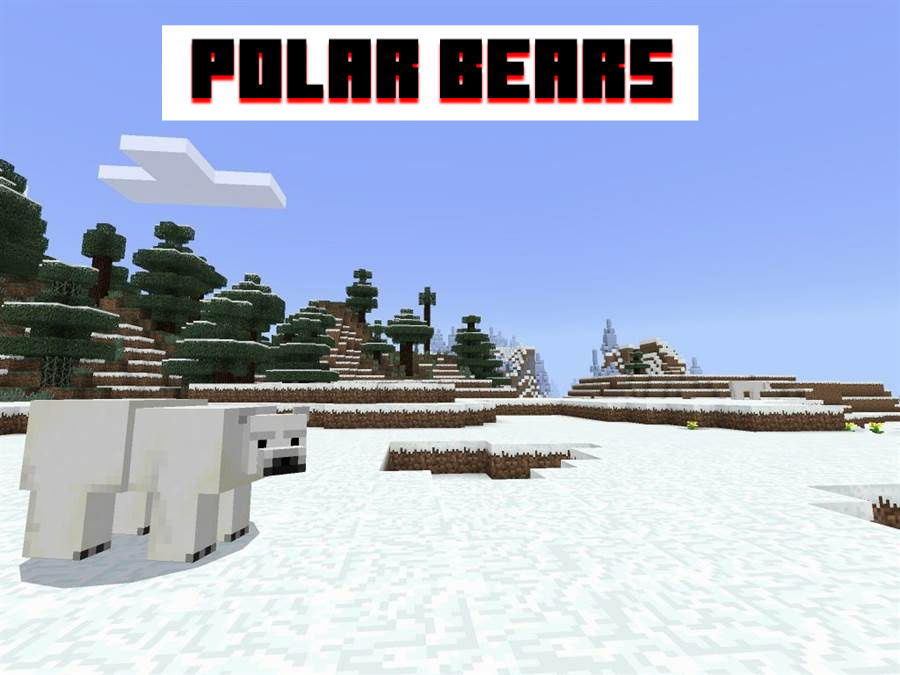 They are neutral but will attack you if you try to kill the cubs or get to close to them.

Shulkers are hostile mobs that blend in with Purpur blocks. They shoot bullets at the players giving them a levitation effect.  Shulkers spawn in End cities to protect them from the MCPE 1.0.0 players.

Meanwhile, endermites are hostile mobs that have a 5% chance of spawning when the player uses an ender pearl.

These would fit your playstyle: