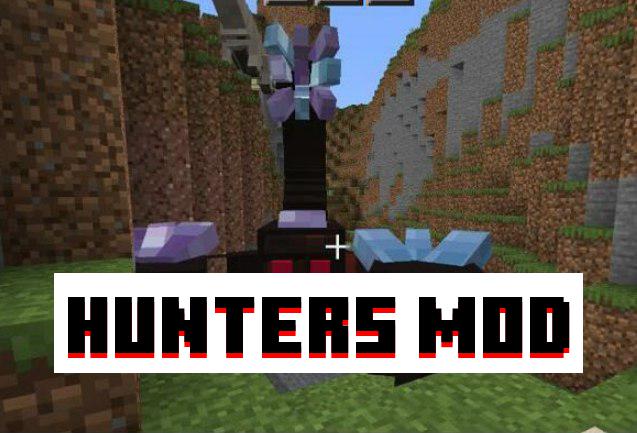 A variety of Hunters Mods perfectly complement the Minecraft PE game world. It is not necessary to always play in creative mode, traveling alone. You can invite friends and fight shoot online.

And to make the battles even more interesting, you can populate biomes with different mobs and hunt them.

This Hunters Mod adds a large number of mobs, inventory items, potions, and weapons to the game. Another advantage of this add-on is that a Minecraft PE user can fight with each mob. 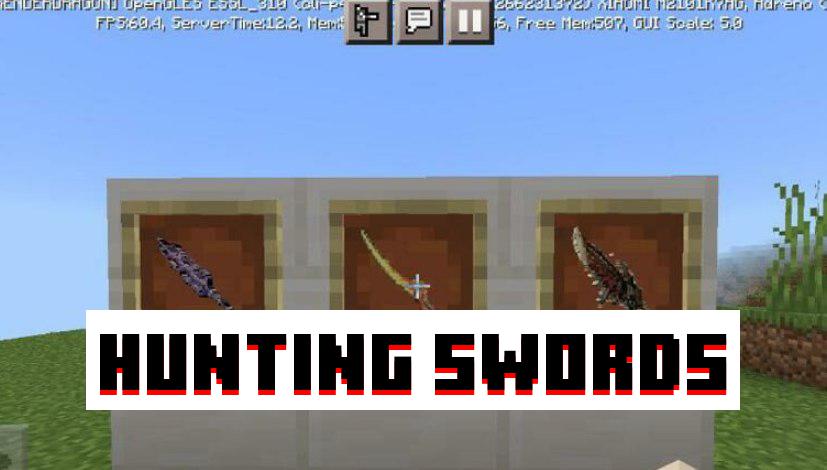 If a Minecraft PE user looks into the inventory slots, he can find new swords. The strength of their defeat varies from 15 to 70 units of damage. 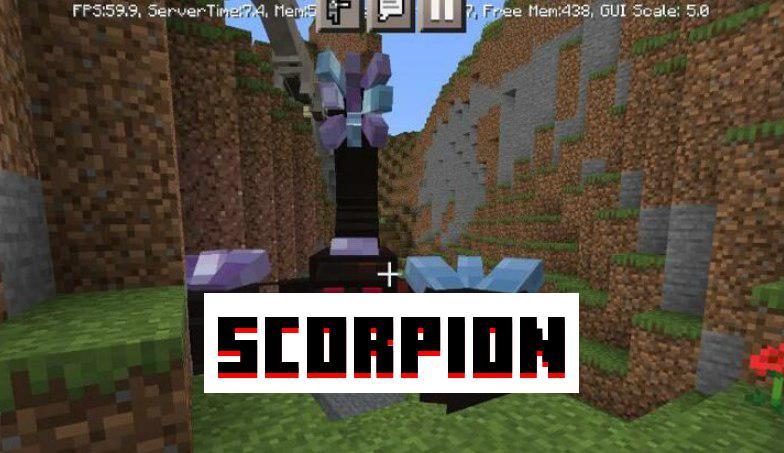 After Steve has killed a mob, its body parts can be used as a monetary unit and purchase potions and weapons in the Hunters Mod.

This Hunters Mod will appeal to Minecraft PE users who like to kill. Well, this hobby is not only for one person but with friends in a multiplayer game mode. According to the plot of the game, there is a main player who is tasked with destroying others. As soon as a murder has occurred, the players immediately switch roles.

Before starting the game, it is mandatory to set the duration of the game round. You also need to decide how many assassins there will be, and how many ordinary players there will be. To do this, enter the / Function setup command.
NOTE: To start the game, you need to use the /function start command. Immediately after that, all players will appear in the game.

Basic settings imply 60 seconds of resistance and haste, 30 seconds for speed and 16 slices of bread. This will be enough to escape as far as possible from the killer and gain an advantage in the race. 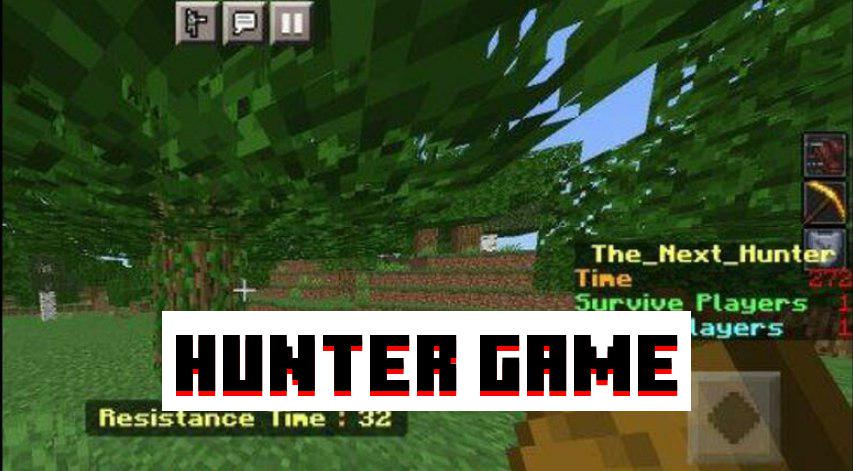 The pursuers have a compass that helps him find the nearest player. But the players also have a hint: the closer the killer is, the more they will hear his heartbeat.

The main task is to kill all the players for a set amount of time. If the killer failed, then the team of escapees wins.