Download Gun Mod for Minecraft PE: defend yourself from hostile creatures with a variety of firearms mods. 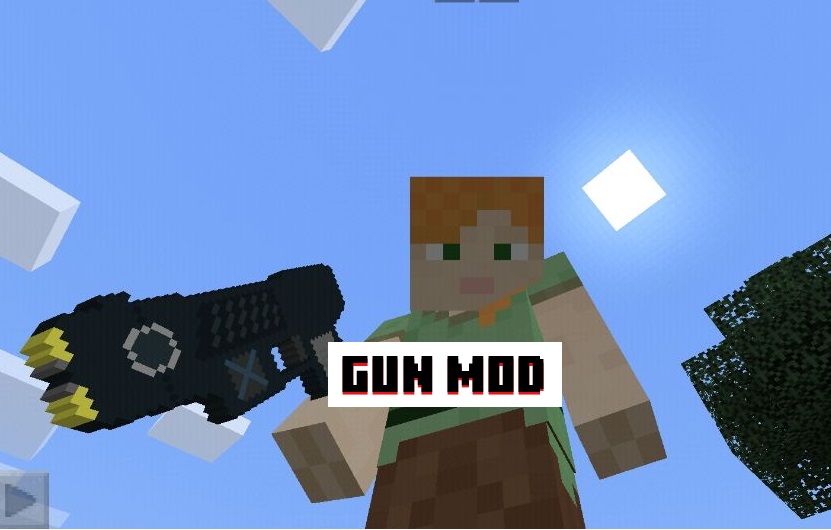 The main enemies of Minecraft PE users are aggressive creatures and bosses. They try to attack the player on any suitable occasion. Bows, crossbows, or swords are not always enough to defend against these mobs. Fortunately, various gun mods come to the players’ aid, which adds firearms to the game. With the help of such weapons, Minecraft users can hit the enemy from a long distance.

The whole feature of such modifications in Minecraft is that they present completely new mechanics. For example, to use a sword is enough just to move a hand. But for firearms, this is no longer enough. It is not just about collecting resources for crafting: Steve needs to charge the magazine, take care of the availability of cartridges, master the sighting technique. 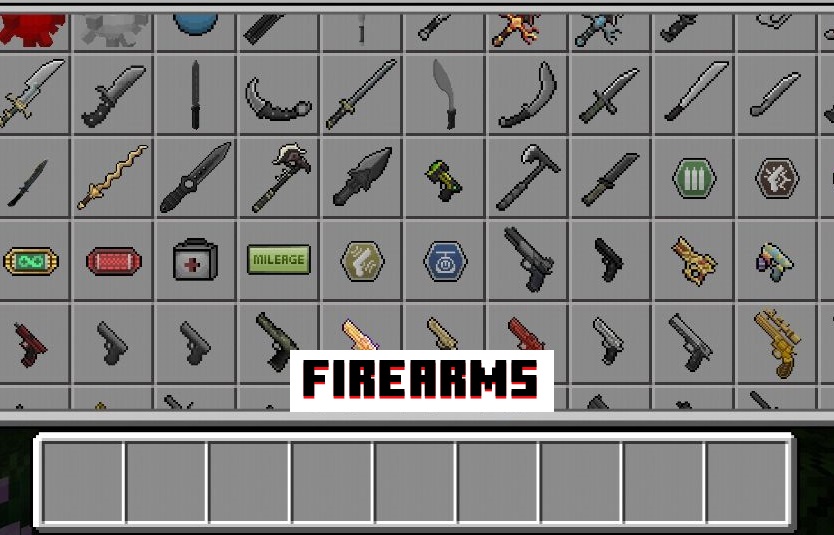 Gun mods are very interesting, but not every user can master them, due to multi-stage processes. But nevertheless, firearms are worth it. The equipment allows Minecraft PE players to destroy entire fortresses, easily eliminates crowds of enemies, can even help in exploring the world, thanks to the long-range view of some rifles.

XM Guns mod adds a huge amount of firearms to Minecraft. It’s worth starting with pistols. There are only a few of them: a Desert Eagle, a hummingbird, a revolver. This is followed by heavier weapons – submachine guns. 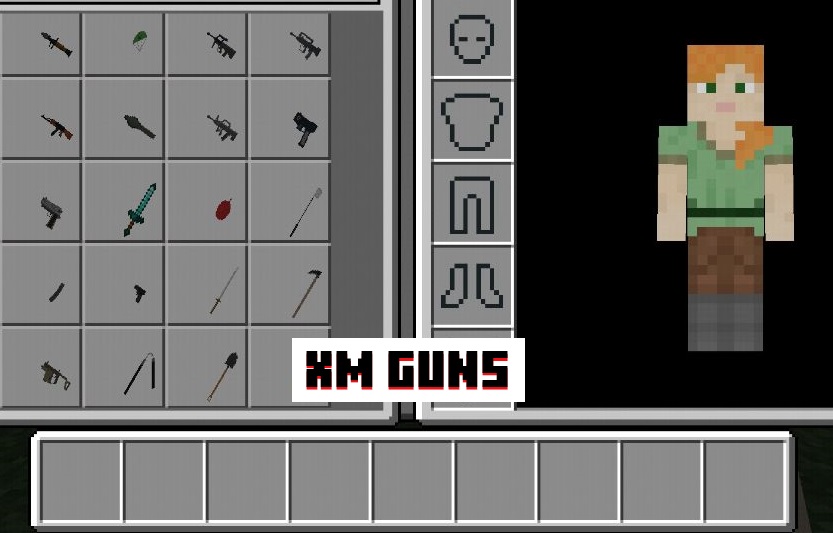 A Minecraft PE player can also use such machines as M16A4, P90. And finally, sniper rifles, which are very useful for shooting at long distances.

The mod is extremely extensive and has several levels of firearms in Minecraft. In Actual Guns, Steve can choose a gun from the following types: unique, advanced, epic, ordinary. Naturally, the higher the level of the tool, the longer and better it will serve. 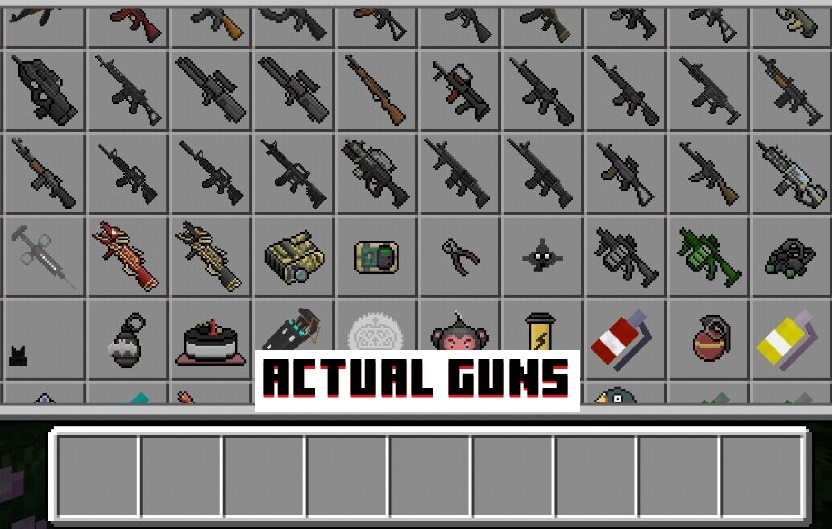 Note: Villagers will run away if weapons are used next to them.