Download FNAF Texture Pack for Minecraft PE: try on the images of your favorite characters, discover the terrible story of the pizzeria. 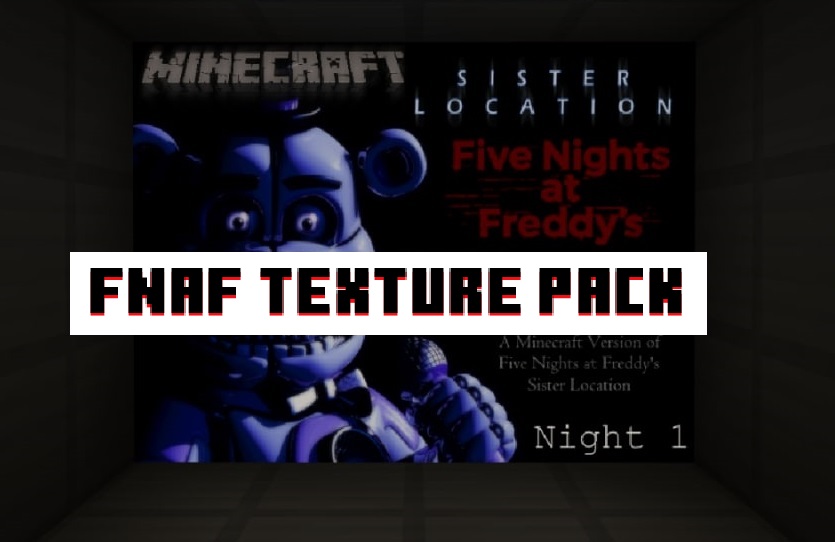 This texture pack is based on the famous Five Nights at Freddy horror series, which features the most terrifying and evil entities ever known to the gaming community.

The plot in Minecraft is the same as the original one. According to the script, the main character acts as an ordinary security guard who decided to earn money. The fee turned out to be very tempting since the hero was promised as much as $ 500 for being on the attraction. What could be simpler? 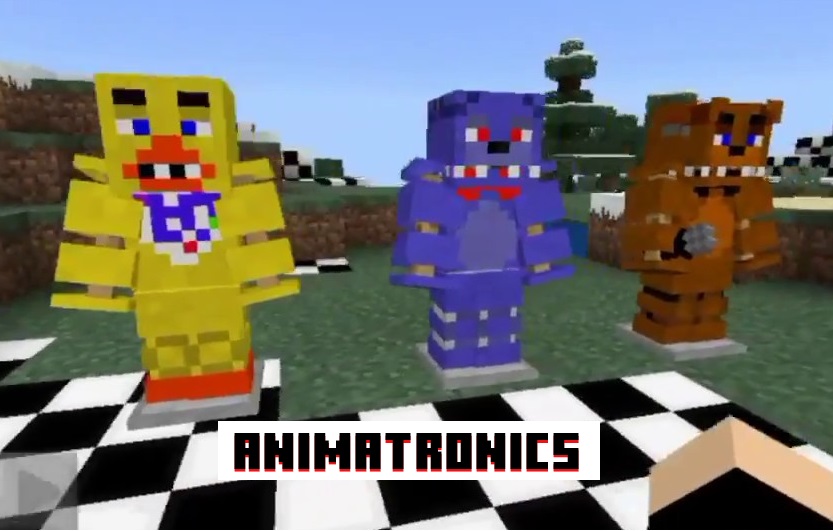 However, the guards one by one refused such a great opportunity. It was all about what happened at night. In Minecraft PE, as in the original, there are 4 main characters: the leader of the animatronics Freddy, Foxy fox, Chick chicken, and Bonnie bunny.

There have been blocks replacements. Now they look black and white in the FNAF style. With this Texture pack, the Minecraft player will be able to create his own map in the spirit of popular horror. 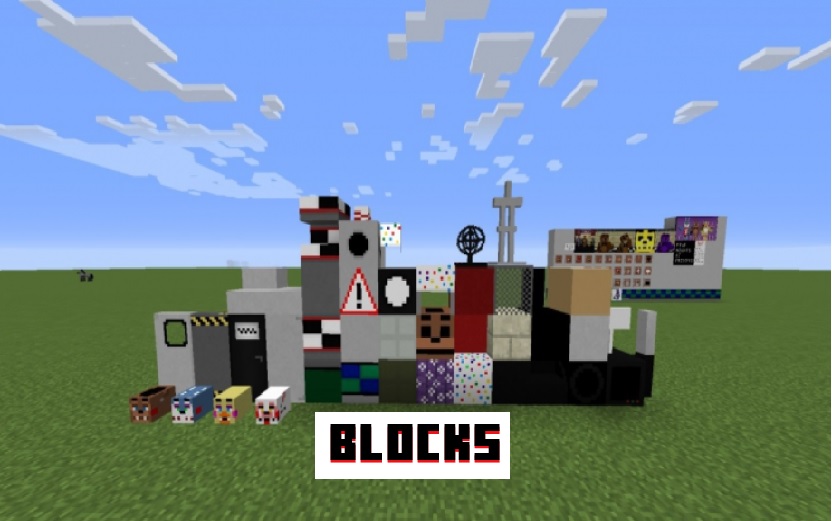 Steve will have the opportunity to equip a full-fledged pizzeria filled with themed items. He also can decorate his house in the game or use new items at his own discretion.

Note: A Minecraft PE user should not forget to activate the experimental mode before starting the game.

The excellent graphics of animatronics is obvious. All heads in are replaced with the original ones. This means that even in survival mode in Minecraft PE, they can be obtained. 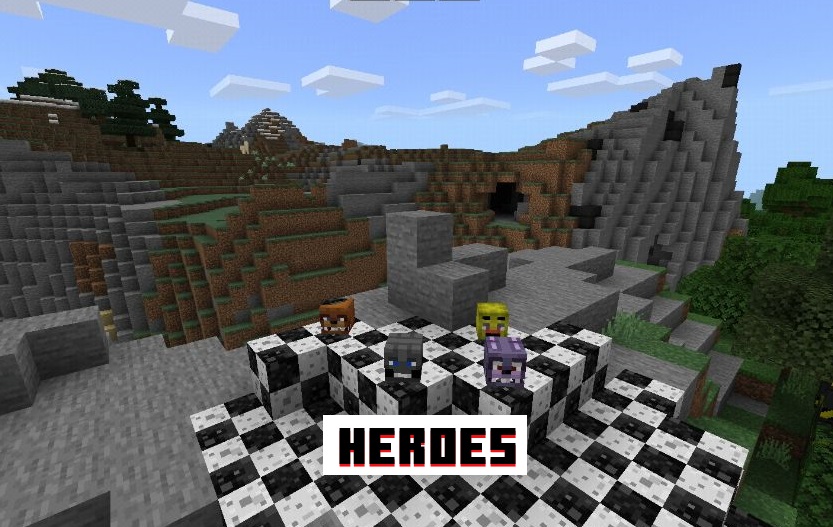 Therefore, the textures are perfect for various passing maps. Also, the Minecraft user will certainly appreciate the sounds which are completely recreated from the original horror version.

Note: If the player wants to get them in survival mode, then he will need to get the heads of Zombies, Creeper, Skeleton, Skeleton Desiccant.