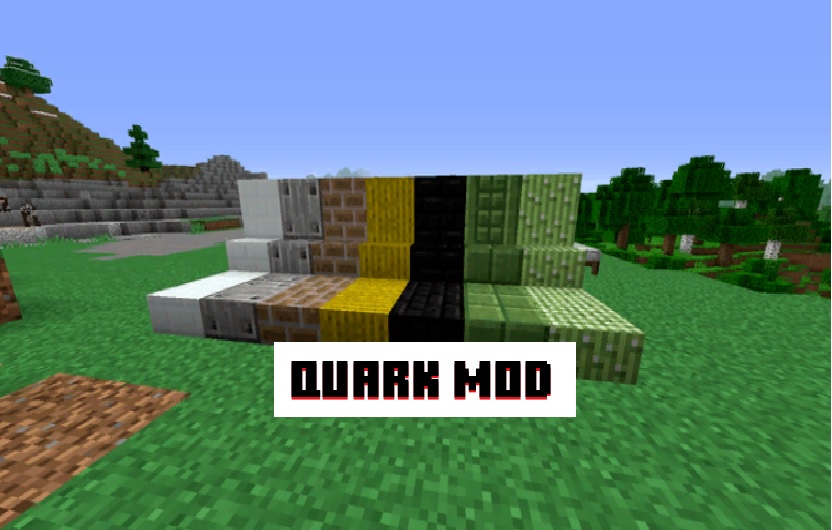 The Quark mod is one of the most adaptable and multi-module in Minecraft. Game mechanisms have been improved; different emotions appeared in the world of blocks. Now Steve can sit on the stairs, waving both hands, and even turning his head. Decorative blocks and a unique roof look very natural. Steve can craft different things from any blocks in Minecraft. 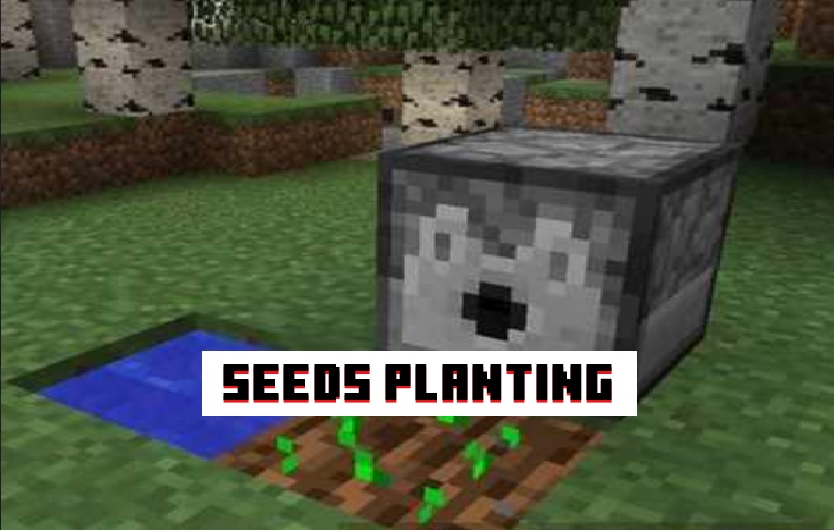 Note: Obsidian pressure plates can be used to warn of an approaching creature. They trigger when players step on them.

The Minecraft player can use building blocks for decoration. The blocks are made of tempered stained glass clay and straw. 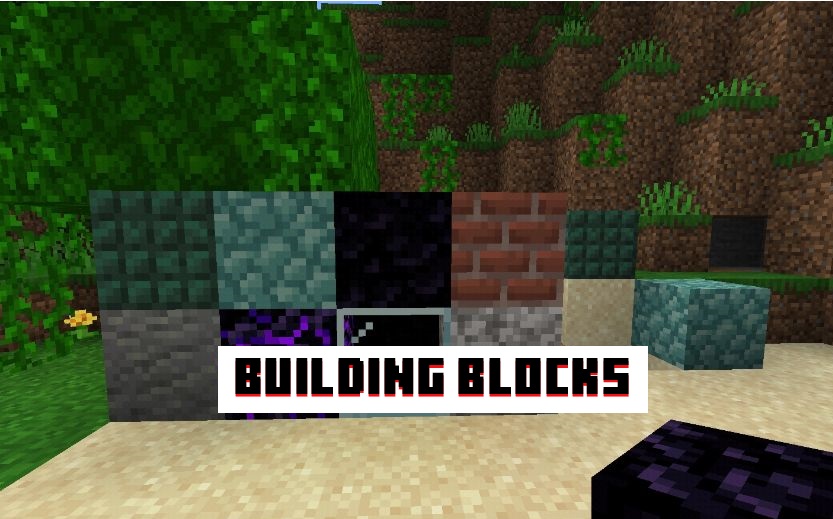 These blocks are great for making a beautiful roof and sugar cane blocks for bungalows. Also, Steve can find unburned bricks, granite bricks and ladders, diorite, andesite, new carved wood, fire lamp, and many other blocks in Minecraft PE.

Some functions have been changed in the Quark mod, for example, a Minecraft player can attach a weapon to a rack with armed armor. If Steve attaches the mob’s head to the player, it will start making the sound of the corresponding mob. Minecraft PE users can get a constantly shining lamp by combining it with a Redstone torch. Rain sensors have been also added to Minecraft. 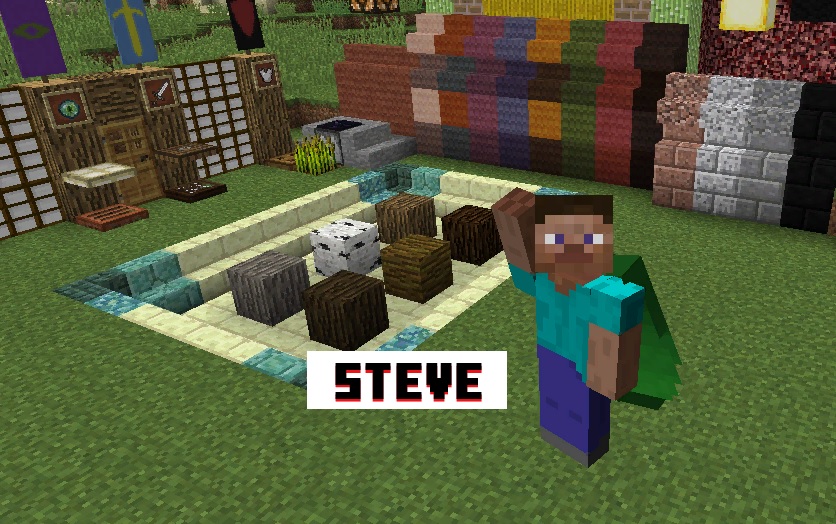 The mod is very diverse and won’t let Minecraft players get bored. The best solution for users who already think ordinary survival is dull but do not want to change the game beyond recognition.