Download Ben Ten Mod for Minecraft PE: learn how to use Omnitrix and protect the cubic world from any dangers. 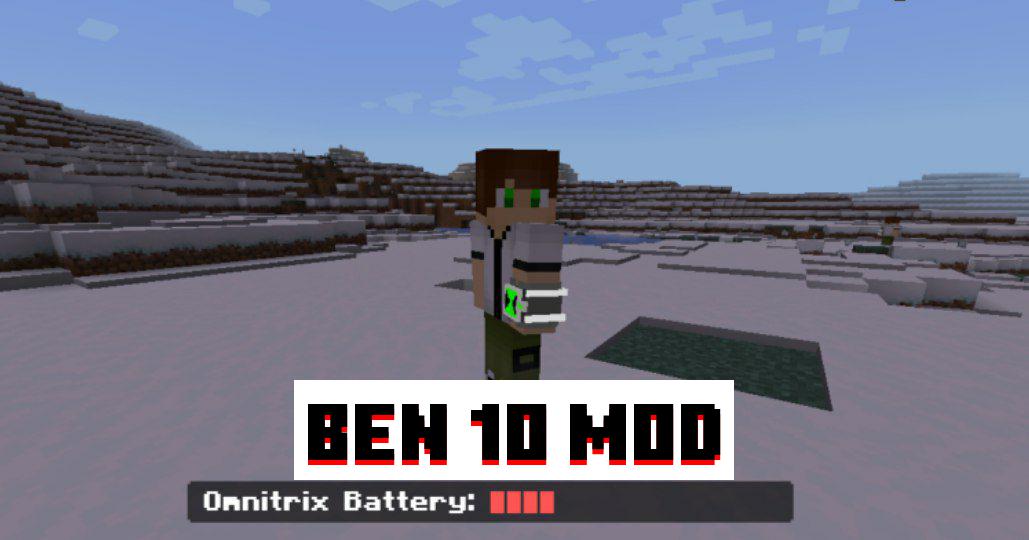 What is new in Ben Ten Mod?

The incredible adventures of an ordinary boy who received unique abilities that help him in saving humanity formed the basis of this update. With the help of Ben Ten Mod, this can be done right now. 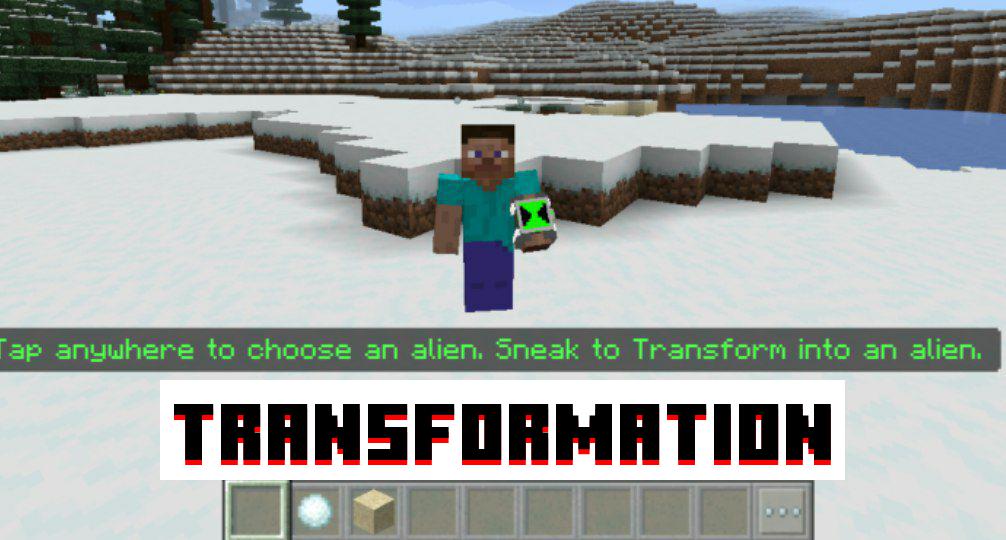 Minecraft PE players will get at their disposal not only an alien object but also learn how it works. They will be able to instantly change their appearance, becoming one of the aliens. While receiving their unique skills, you can not be afraid of any dangers.

As soon as the player gets into Minecraft PE, he may notice an object falling from the sky. Coming closer to the funnel, you can notice a special capsule, in which the famous alien object is located. 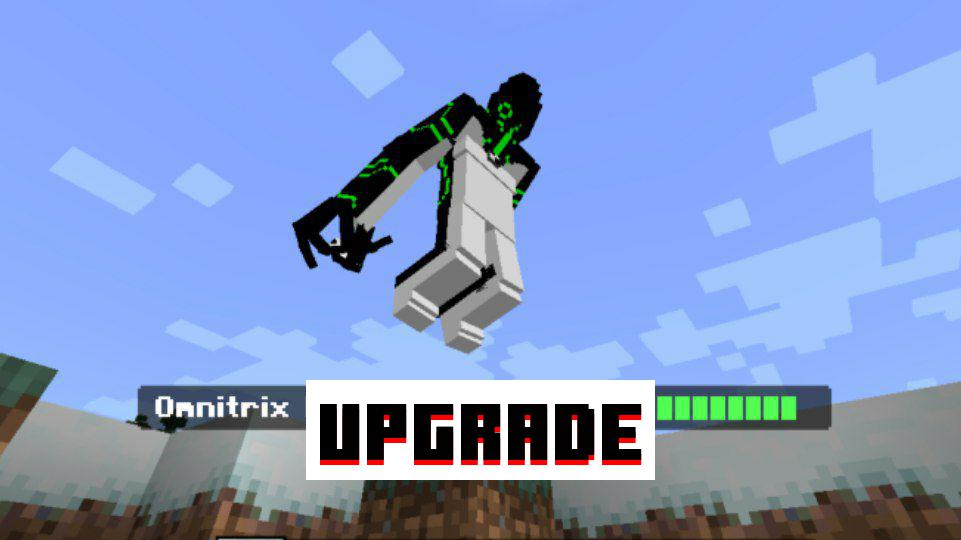 It looks like a watch that the hero puts on himself. After that, you need to choose what kind of creature he will turn into and sit down. As soon as all the actions are completed, he will turn into one of the alien creatures. 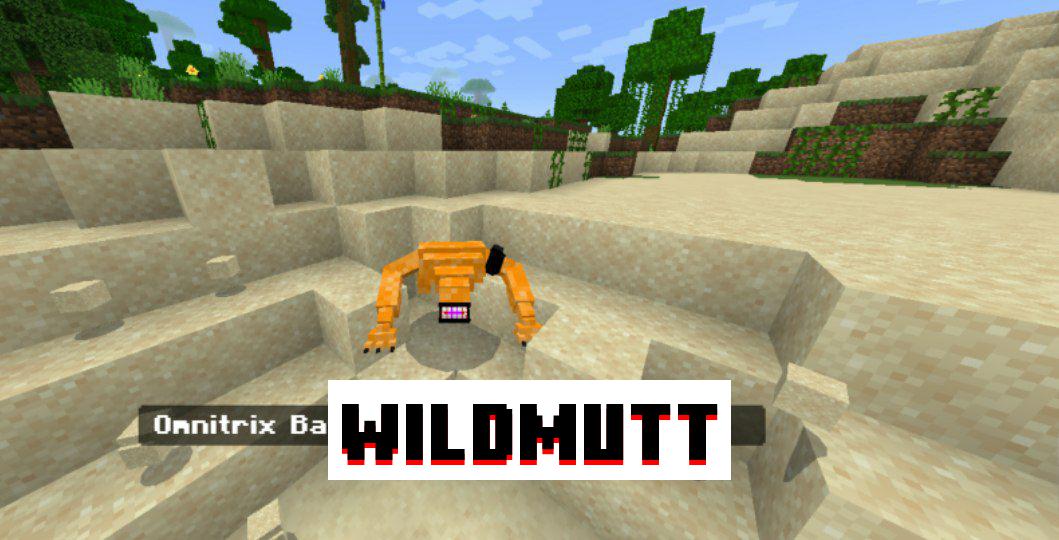 It is worth noting that these monsters will also spawn throughout the cubic world, and some of them will be extremely dangerous for an unprepared hero.

The authors of Ben Ten Mod have tried to completely recreate the images of various creatures from the cartoon of the same name to create an original atmosphere in the game space.

It is worth noting that alien object is a special item that the authors of Ben Ten Mod have added to the world of Minecraft PE. It allows its owner to transform into alien creatures.

The duration of the transformation is limited, after that the object will be unavailable for use and will turn red for 30 seconds. 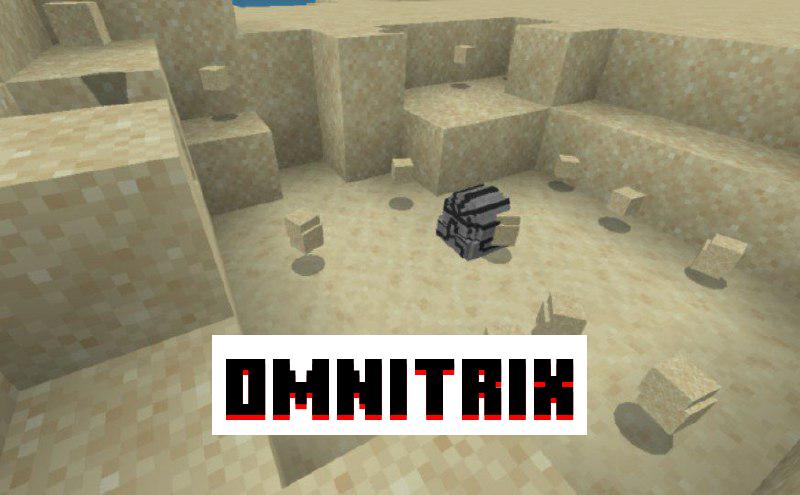 Players can transform into creatures like Wildmutt, who has X-ray vision, or into Four Arms, this monster is incredibly strong and hardy. 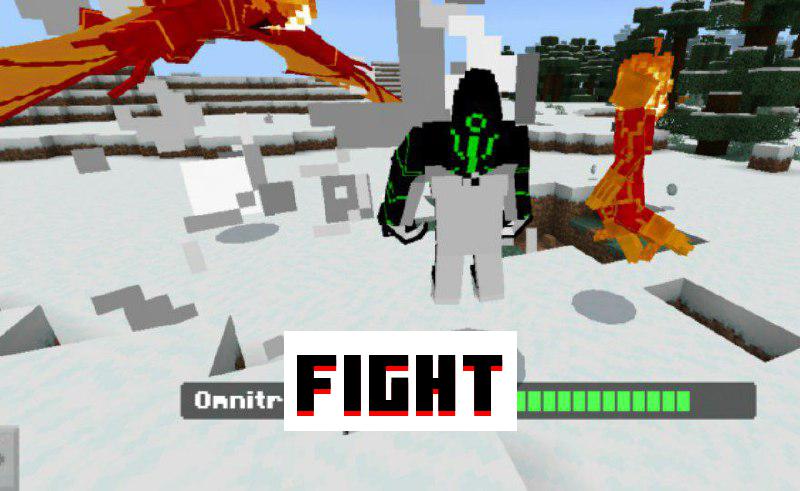