Download God of War Mod for Minecraft PE: become a real hero who was not afraid to challenge the most invincible creatures in history. 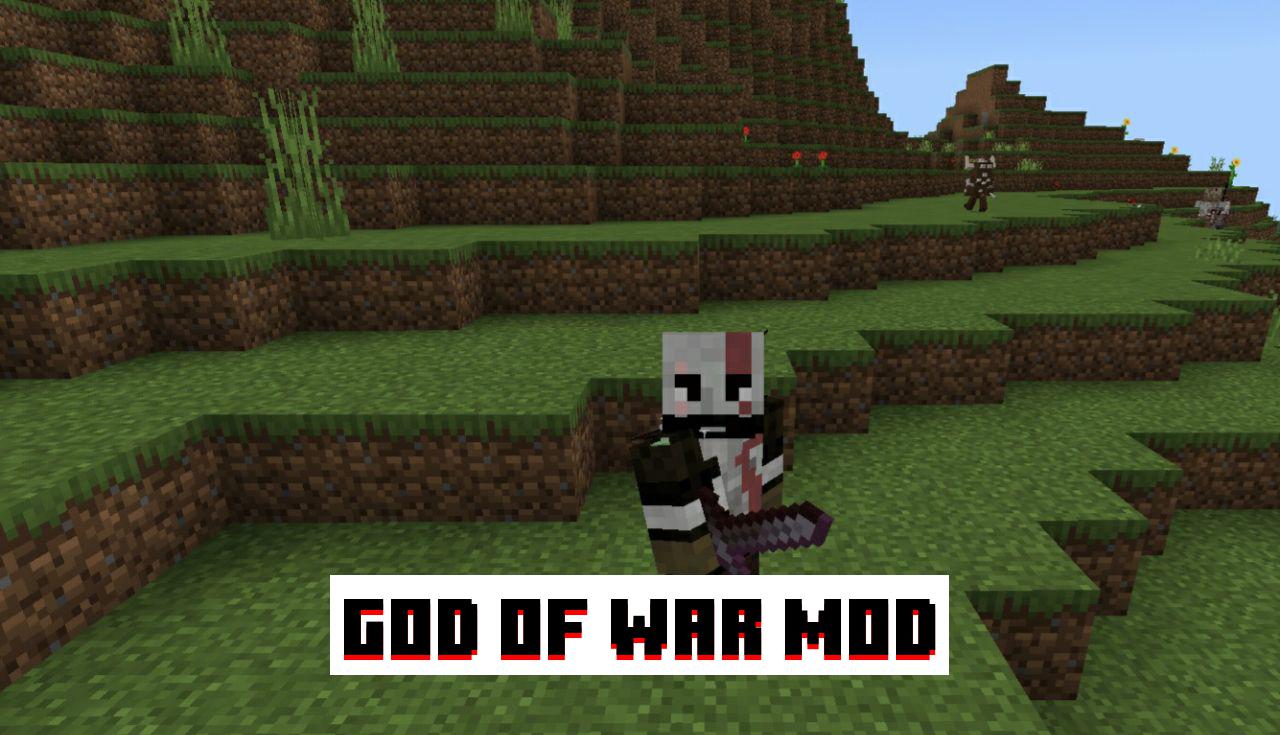 What is new in God of War Mod?

This incredibly large-scale update for Minecraft PE is based on the famous game, which is only available on PlayStation. Despite this, the author decided to completely recreate the atmosphere of a rather cruel and bloody story.

In God of War Mod, players will be able to try themselves in battle with various mythical creatures, such as Minotaurs and Trolls. Also, famous gods can act as opponents: Zeus, Hades, Ares, or Hercules. 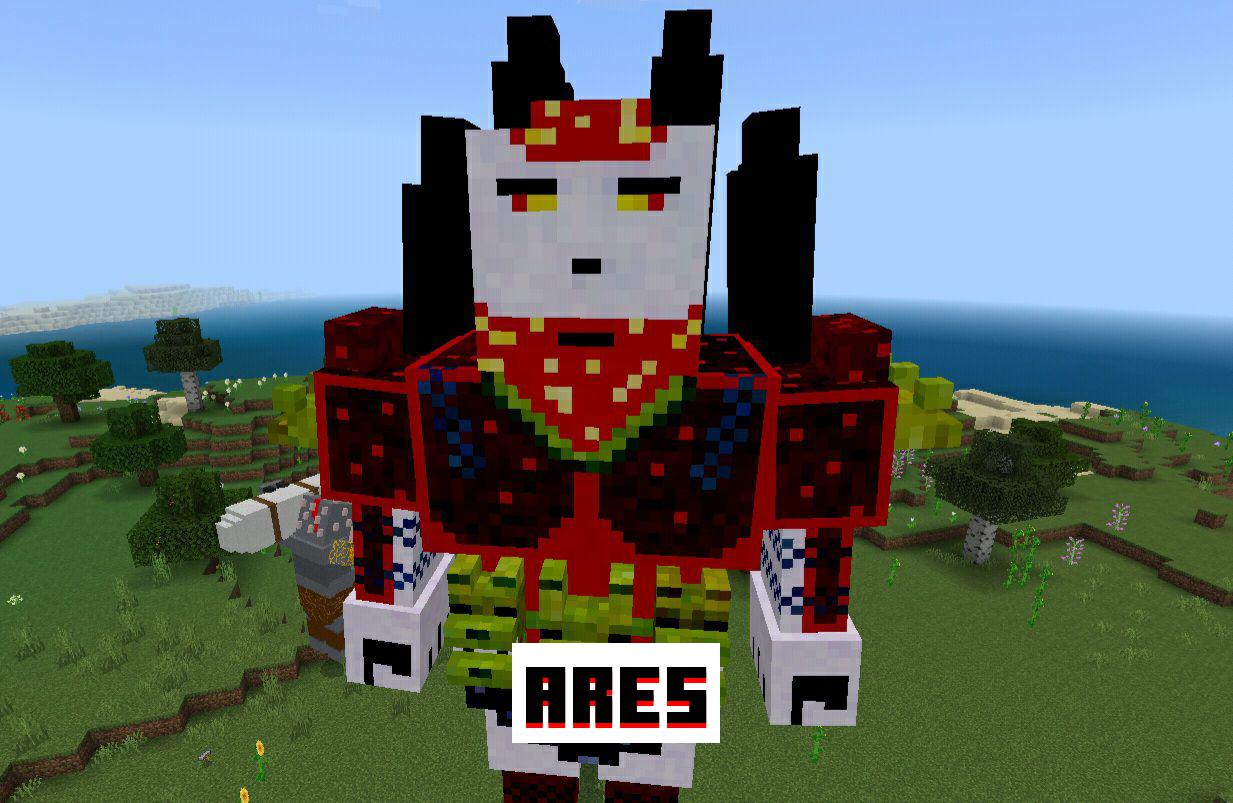 Only the bravest players can feel themselves in the role of an immortal hero who challenged the most powerful creatures in history.

As soon as the player enters the game, he will be able to notice that new creatures spawn everywhere. The fact is that new characters from the original story do not replace any of the mobs, so they will freely appear throughout the territory.

In the vastness of Minecraft PE, you can meet the powerful god Zeus, who can control lightning and thunder, as well as teleport. This makes him practically invincible.

Another incredibly powerful creature in God of War Mod is Atreus, who is the lord of wars. It will impose a desiccation effect on opponents. If the player can defeat him, he will receive all the powers of this creature.

Some of the mobs can be tamed, one of the most powerful of them is Kratos. He always appears in the company of his son Atreus. Offer them raw salmon to acquire these fearless allies. 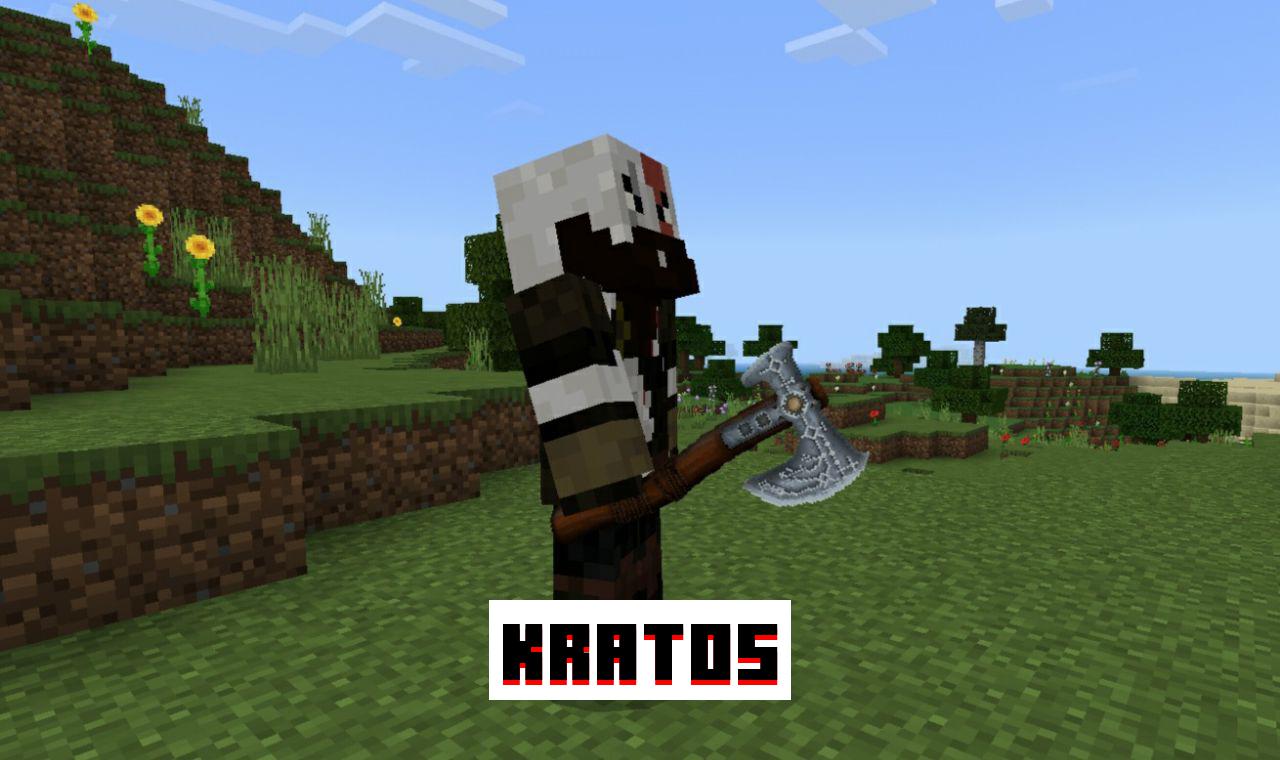 Minecraft PE players will be able to try on the images of various gods themselves. For example, in the Inventory of the Creative Mode, you can find armor that will turn the hero into Kratos and endow him with the unique abilities of this creature. 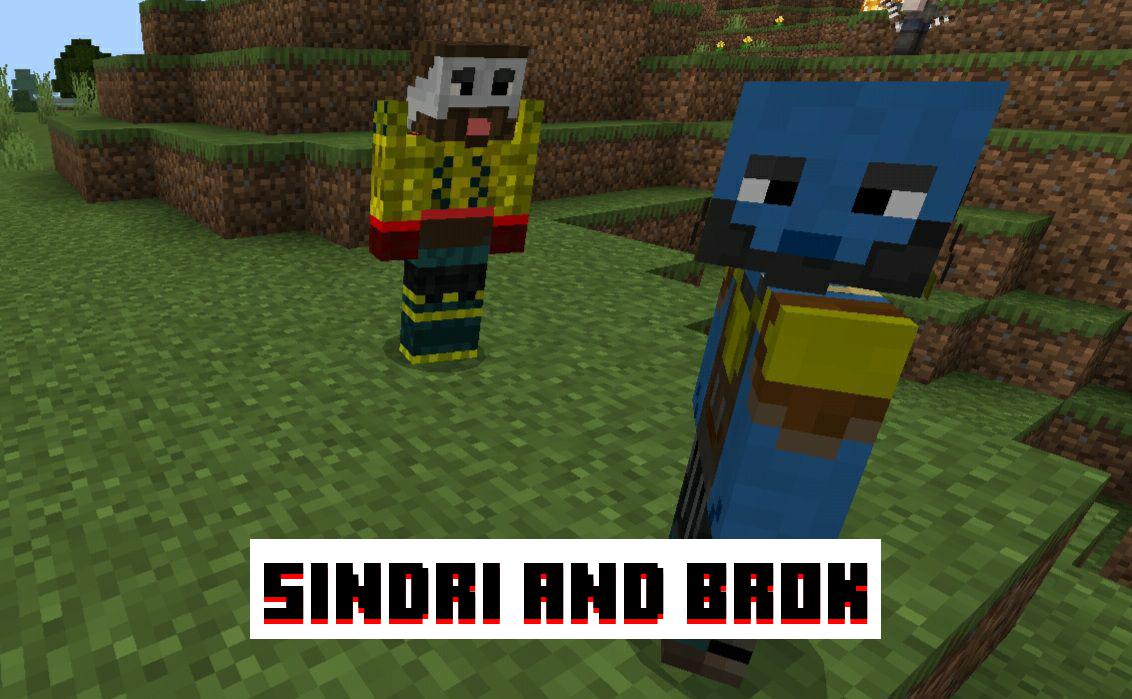 Players will also be able to purchase the most powerful weapons in God of War Mod from merchants Sindri and Brock. This is the famous sword of Chaos, as well as the ax of Leviathan.