Download Damage Indicator Mod for Minecraft PE: control the health of your hero and the damage that the player inflicts on hostile mobs. 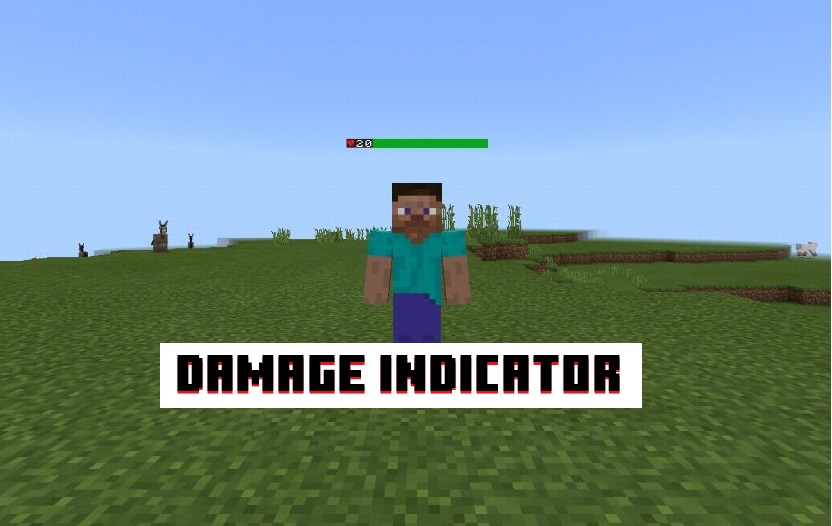 Damage Indicator Mod is based on RPG games, the modes of which are similar to Minecraft. One small difference is in the absence of a damage indicator. This mod solves this gap in the game. Now the damage done is displayed in the game. It allows you to control the strength of enemy mobs, as well as calculate the attack power. Minecraft players thus very successfully choose the necessary battle strategy.

In this modification, a panel appeared for each mob. The panel is a summary of the mobs: the type of creature, its health level and various effects. A panel appears when the player is in close proximity to the mob.
Note: Mobs are of different types: arthropods, hostile, neutral. 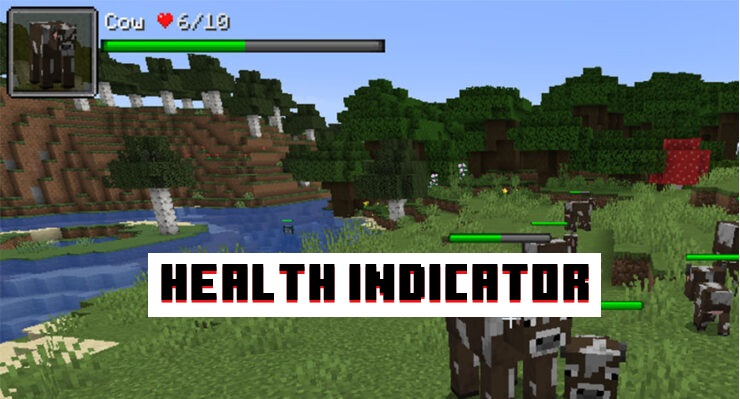 In the Damage Indicators Mod, mobs now have visual effects that reflect the processes of damage and healing. In the game mode, the health level of the mob is always visible, you can control how much health was lost or gained.

The color of the indicator depends on the state of health: 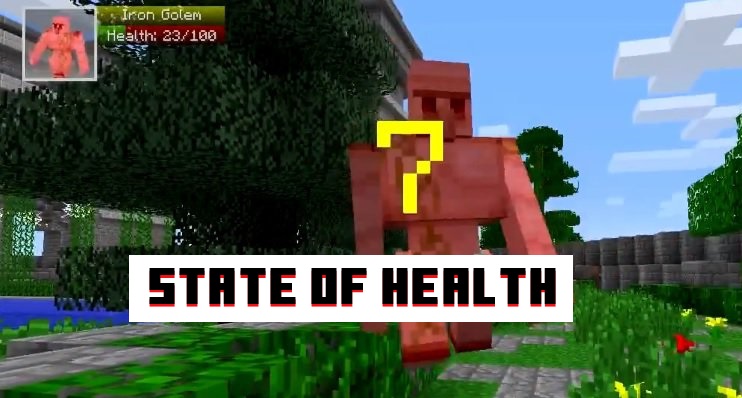 The function shows a decrease in the health of the mob, and not the damage itself. That is, if the mob has 1 unit of health left after the battle, then the damage indicator shows an attack of 1 unit, even if the blow was inflicted with a diamond sword.
Note: The indicator shows damage up to 100 units, if it is more, then “100+” will be displayed.

The position of the indicator in the game window is determined at the request of the Minecraft user himself. To do this, select the necessary settings in the additional menu. For each mob, you can adjust its size and position on the screen. The (‘.’) button opens the zoom menu. By default, the GUI is set to 75%. But if desired, the Minecraft player can change it. You can also change the configuration cover.