Download Dog Breeds Mod for Minecraft PE: you will have loyal friends and defenders who can be trained and stay your friend forever. 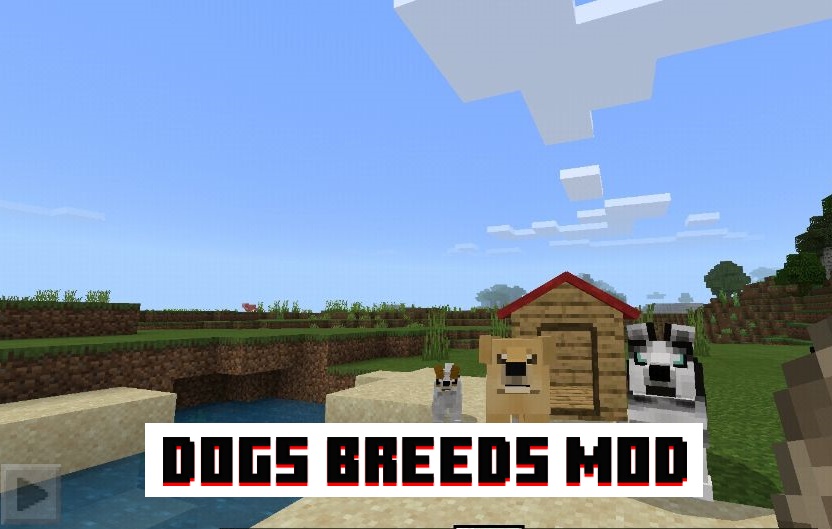 Have you always wanted dogs in Minecraft PE? It is unlikely that they will be added because there are wolves who can also guard you and live in their booth. But the developers of the Dog Breeds mod have added dogs to the world of Minecraft Bedrock, their behavior is exactly the same as that of tamed wolves. Therefore, you can always take a dog on your travels, walks, and research. Wolves are not the only defenders now in the game.

Now the wild wolves have been replaced by friendly dogs. In Minecraft, the mod completely removes wolves from the game, changing the usual mob models to improved dogs.
In addition, each of the breeds has its own distinctive features that distinguish dogs from the general crowd. For example, the dogs have very different characters. 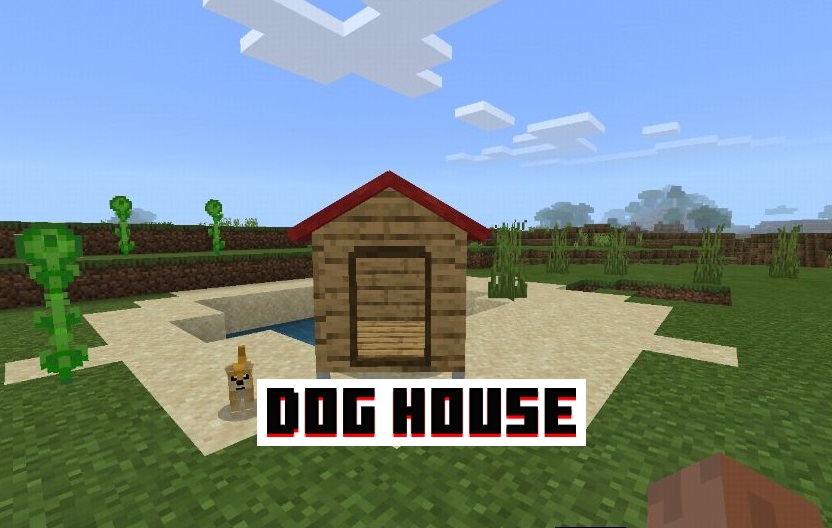 The German Shepherd is actively running around the location, while the corgis are just resting in the clearing. In total, this mod adds more than 15 different dog breeds to the gameplay. Among them, the Minecraft PE player will meet a German Shepherd, a Labrador, a Poodle, a Siberian Husky, a Pug, a Chihuahua, and others. 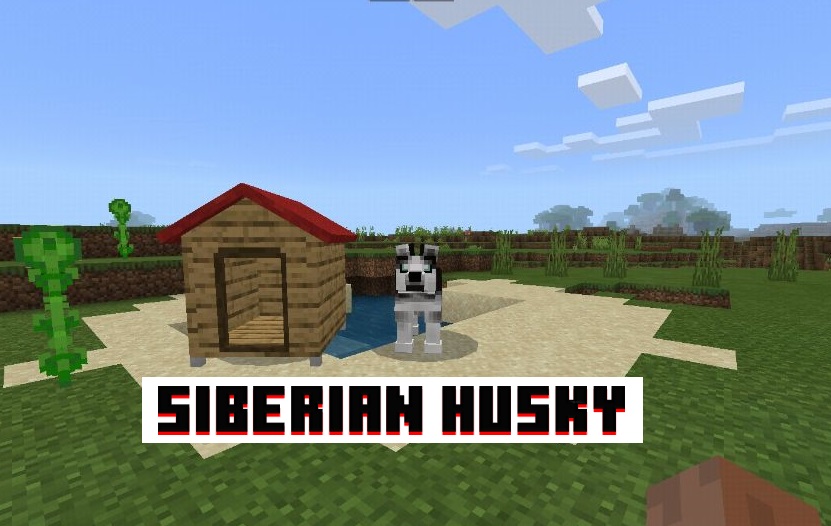 Note: In Minecraft PE, each dog has its own model and corresponding texture.
To tame dogs, a Minecraft PE player will need a regular bone. The only exception is the Welsh Corgi. This breed of fashion prefers pieces of meat, and in the amount of two pieces. 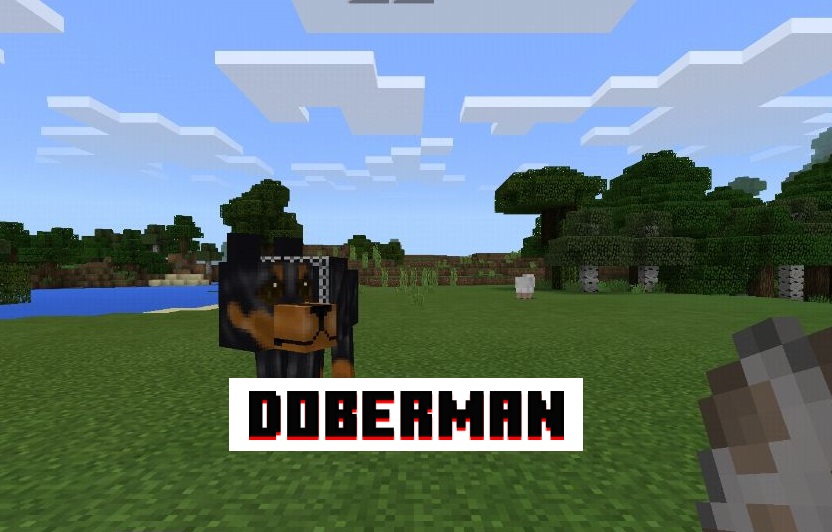 A Doberman will have more health in 15 lives, compared to a normal wolf, and its damage will be twice as much (7 units).
Note: A Doberman spawn egg replaces a wolf egg.