Download Squid Game map for Minecraft PE and try to survive in the most interesting locations! 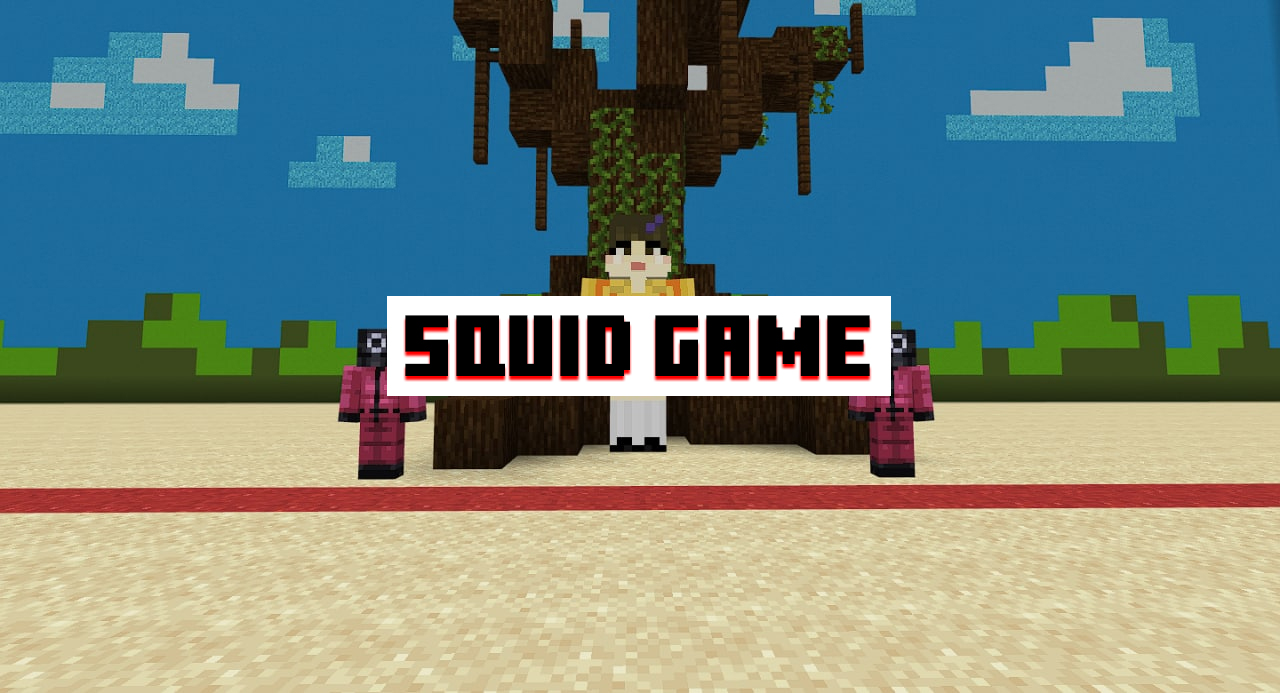 Recently, the Squid Game series began to gain popularity on the network very quickly. Skillful authors of various maps in Minecraft PE did not stand aside.

One of them recreated some of the characters and locations from the series right in his favorite game. So far, only two games are available on the map: Green & Red Light and Glass Bridge. However, the map is in beta testing, so more will be available soon.

After downloading the Squid Game map for Minecraft, the player appears in the large lobby. First of all, the player will notice the unusual design of this location. 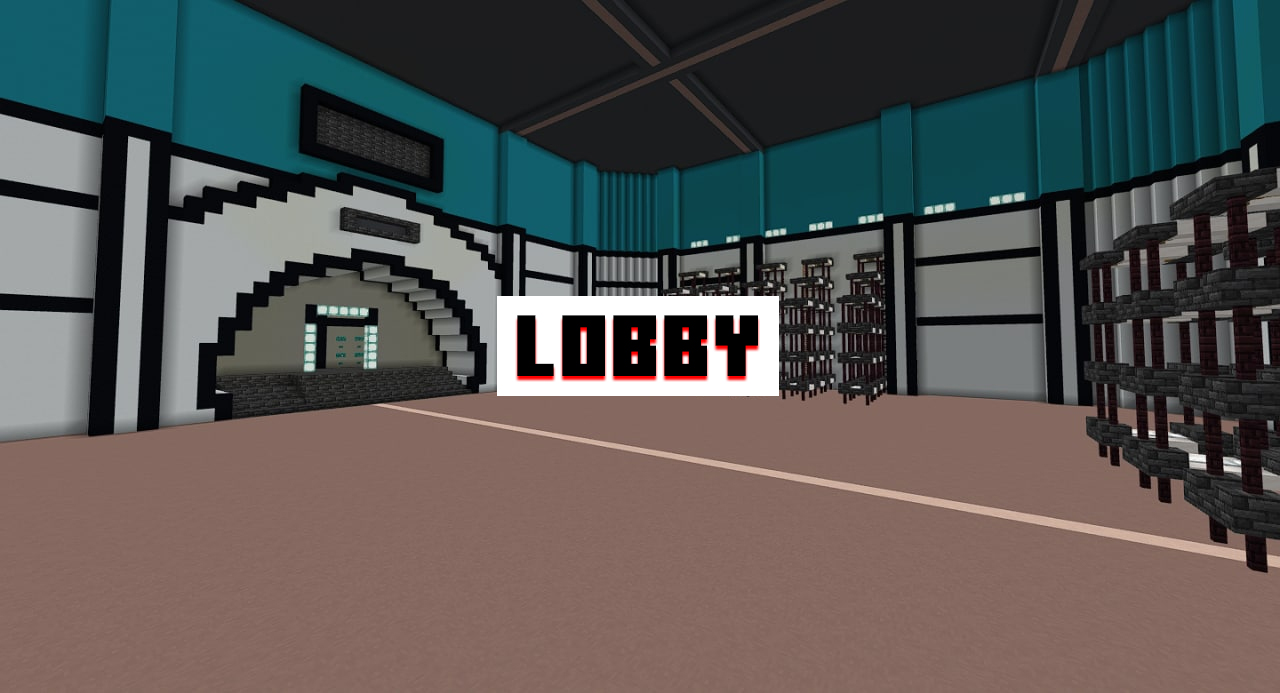 There is a lot of space here, and there are strange structures around the edges. There is a small room on one side. It is here that the user can choose game modes, characters. There is also a light control button here.

Before starting the Squid Game map game, the player can select the desired character in Minecraft PE. 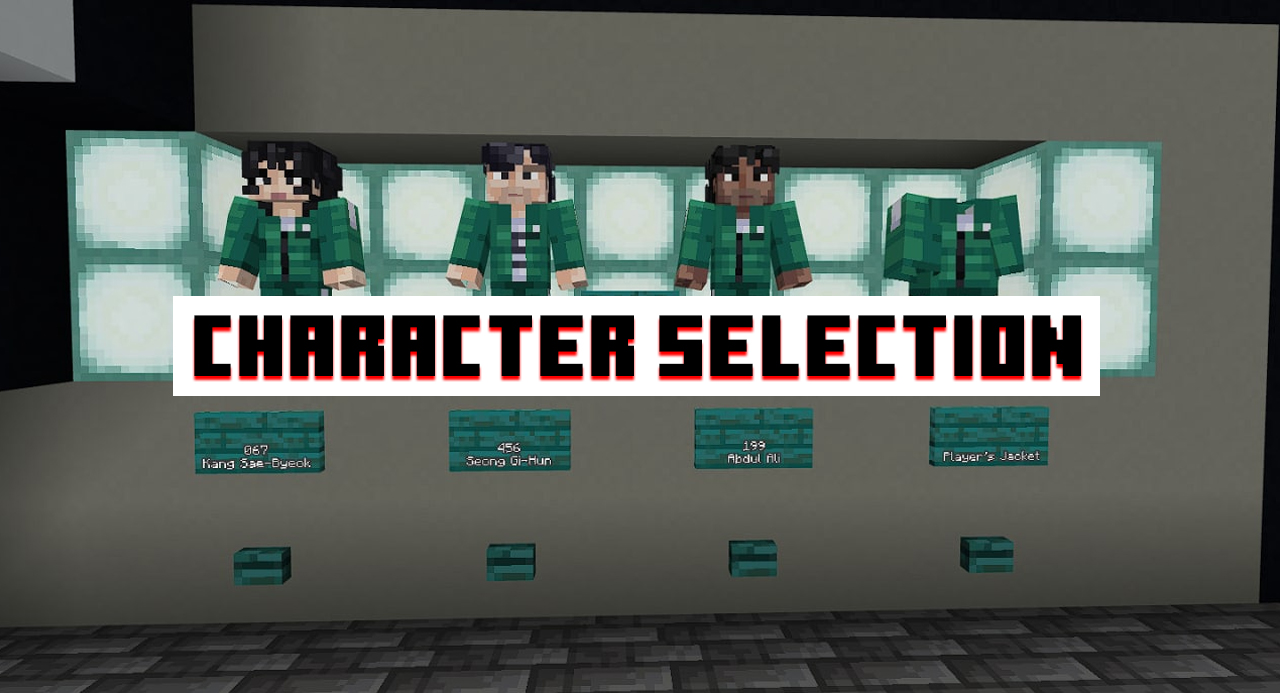 There are three characters to choose from: Player 067 – Kang Sae-Byeok, Player 456 – Seong Gi-Hun, and Player 199 – Abdul Ali. But if the user does not want to choose a particular skin, he can choose the Squid Game Jacket. Thus, the player can use their skin. 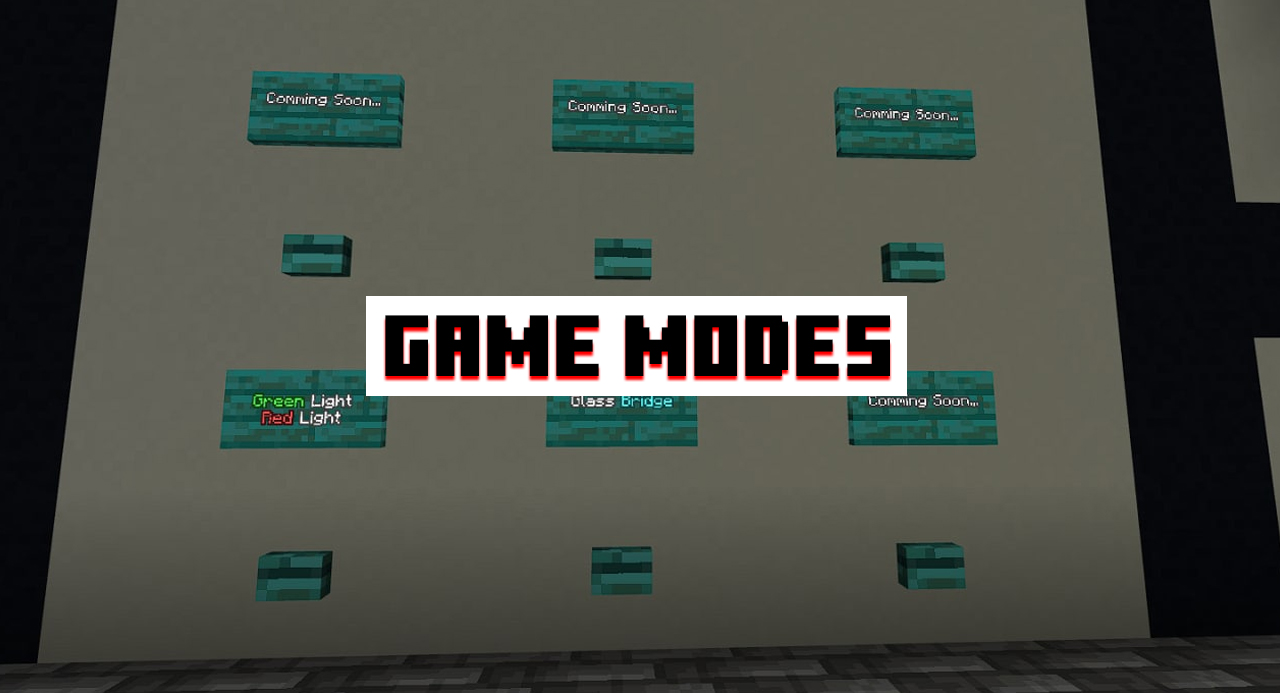 In the first mode of the game, everything is pretty clear.  Here the player needs to go through the parkour on the glass and not fall, as in this case, death will immediately occur. 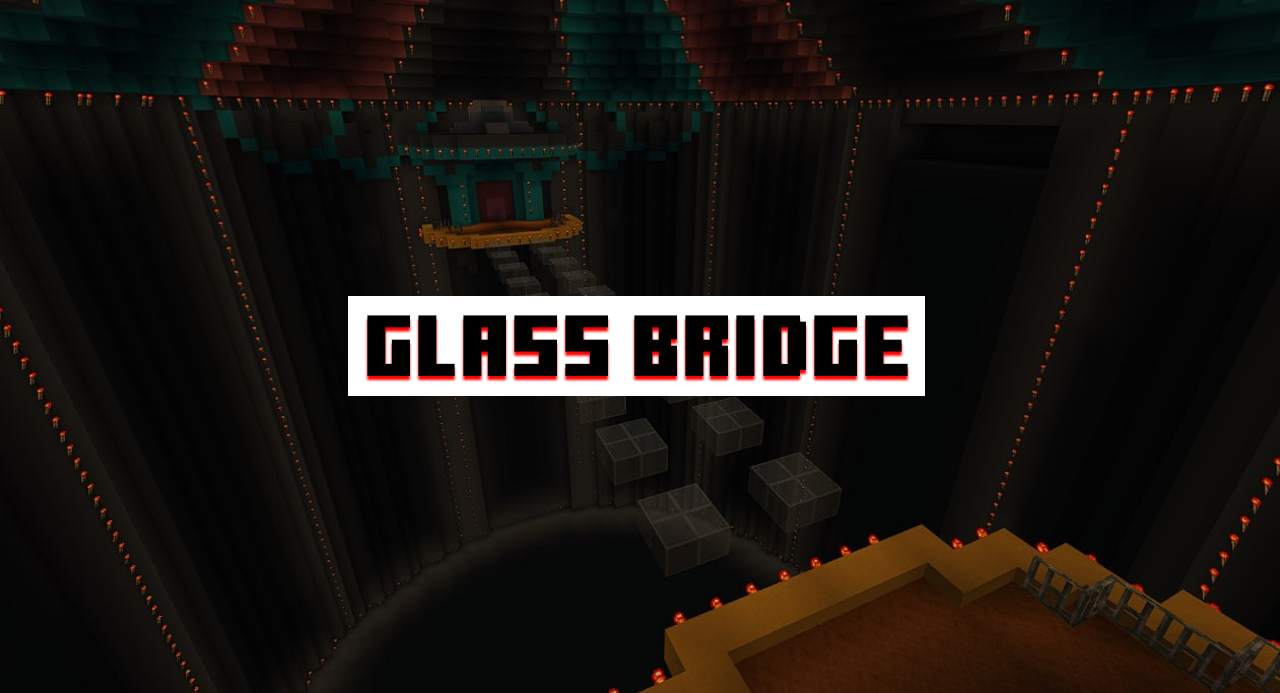 And in the second mode, you need to run through a certain area, but you should be careful. While the red lights up, you cannot run, as this will lead to inevitable death. 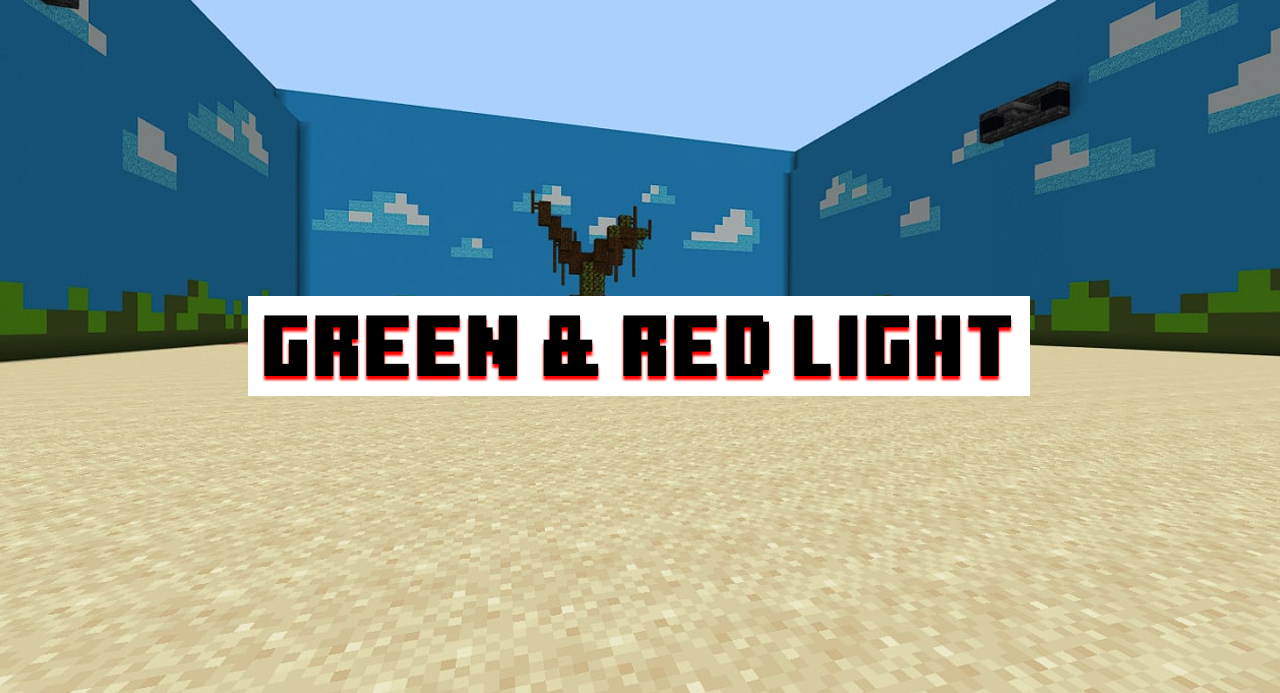 It is only necessary to continue the passage with a green light.