Download Subnautica map for Minecraft PE: the underwater world of one survival game is now available in another. 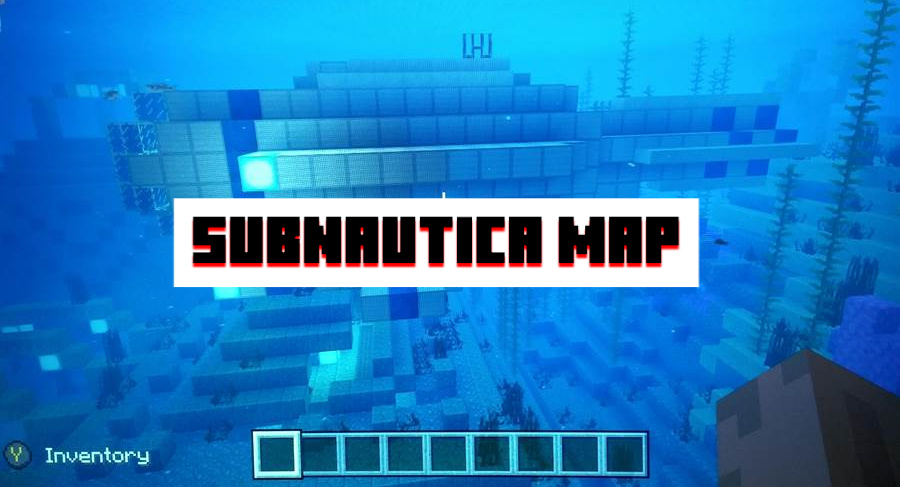 Subnautica is a survival game developed by Unknown Worlds Entertainment. It first came out in 2014, but the official release was in January 2018. 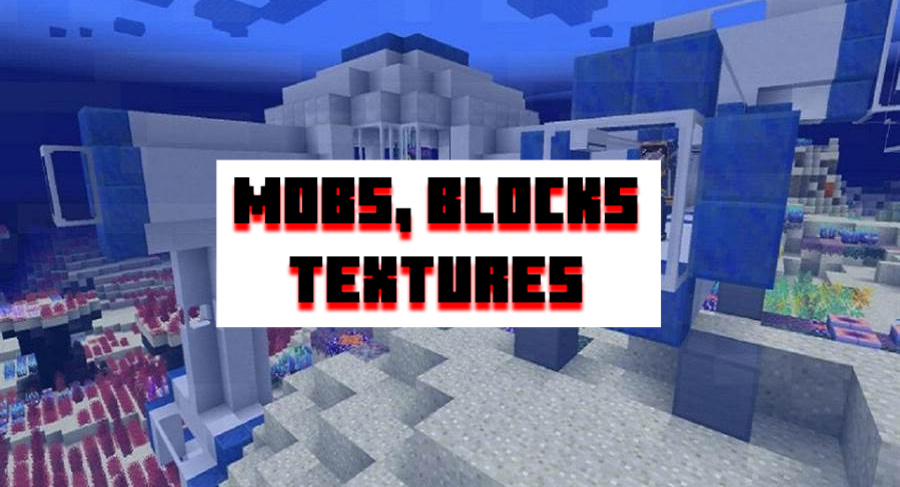 This game introduced the rich underwater world full of bizarre creatures and dangerous monsters. And now all of them are in MCPE. Plus, even the environment has been implemented in the game.

A player gets to see new mobs by installing this Minecraft PE map, thanks to the built-in addon. By the way, in addition to the mobs and enormous map, there is a whole new texture pack.

It was specially designed for the map.

Everything will look different now. It makes it easier to feel the vibe of Subnautica in Minecraft PE. Users will have a chance to see some of the most beautiful places ever. 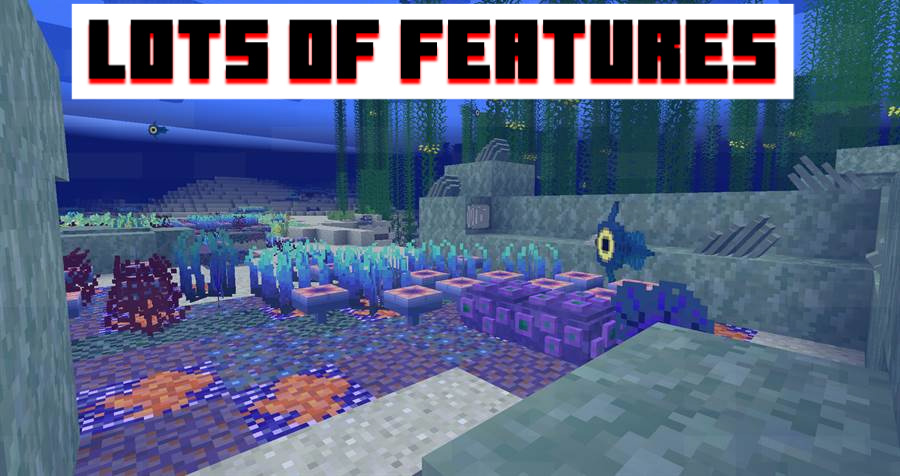 But for that, you need to craft some armor. Initially, you can hold your breath for 25 seconds, but each set of armor will add more seconds.

For example, leather armor allows you to go down to 143 meters without going back to the surface in MCPE.

As you all know, there are dozens of new big and small creatures in the original Subnautica. Thankfully, the enthusiasts have brought all of them into Minecraft PE. 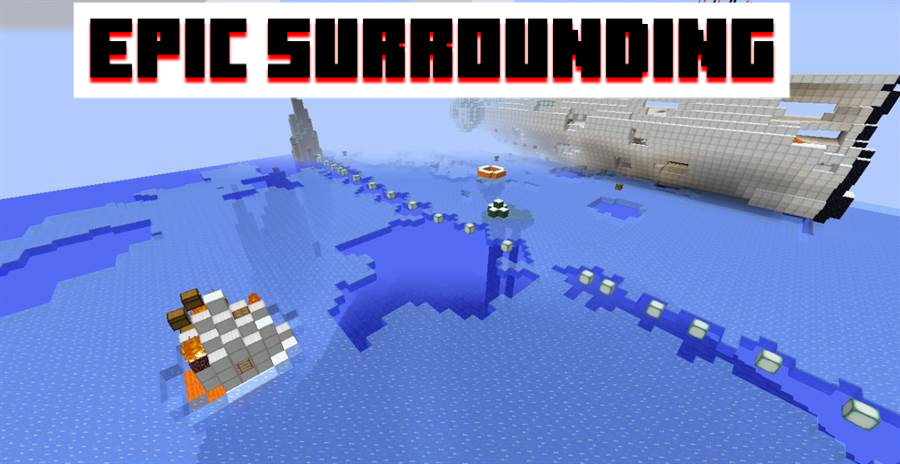 Thus you must be cautious swimming in these waters. The Warper, Sea Dragon, and many others are ready to feed with your flesh. Some of them are so big that they’ll devour you without a problem.

Ghost Leviathan, for instance, will surely do it.

But there are friends as well. New robots are ready for you to help. Prawn Suit will give you power and strength. You’ll be able to swim faster, fight better, and do a lot more than you usually do in MCPE.

There is also a recipe for a sea moth. It will be your main companion: thanks to it, these waters will be yours. Apparently, it’s the first thing you should craft in this new quaint world.