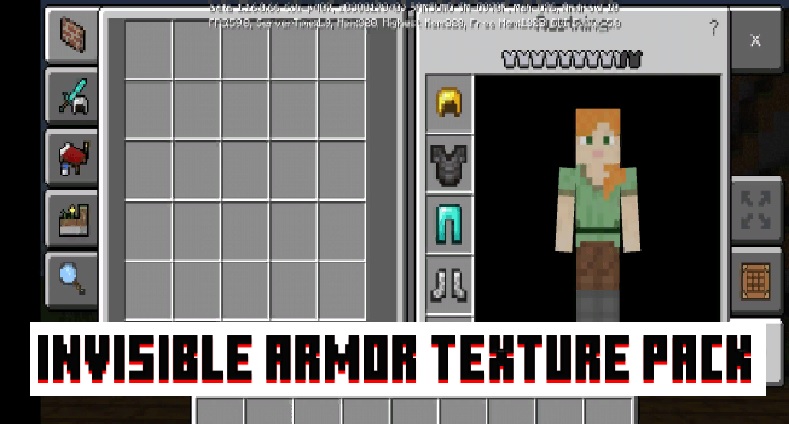 There are very few survivabilities boosts in Minecraft PE. Not everyone can like the set that he has in the inventory staff. For such a case, the texture pack is ideal – a player can stay protected, but the armor itself will not be displayed on the player’s body. After all, now Steve will become completely invisible.

The addition makes it possible to hide any armor. This helps to see the skin and fight in PvP with the invisibility potion. so now the Minecraft player can admire their skins without hiding them behind heavy armor. Changes in Minecraft PE affect only the visibility of textures – the behavior of mobs and the characteristics of armor will be the same.
Note: The texture pack also works in Realm’s mode. 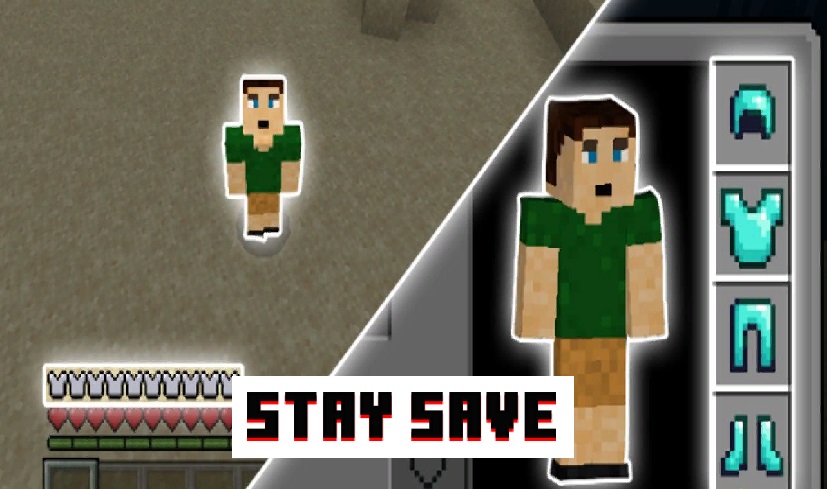 This is the perfect textures pack for those who want to create adventure maps. In the settings, a player can specify which type of armor to make invisible or make all types of armor invisible. Using this texture pack the Minecraft player will make all types of armor invisible, including the turtle shell. The Elytra is not included in this pack, as it does not interfere with admiring the skin, well, it would be quite strange to see the character flying through the sky without wings.

Note: The author recommends playing in the first person game mode.
The Invisible Armor texture pack is well suited for single survival or some types of servers. But in PvP, such a pack can harm, because the Minecraft PE player will not know what kind of armor the opponents are wearing. Although, the armor will stay invisible, in the inventory staff a special icon will appear. With these features, the Minecraft user will quickly navigate his equipment. He can actively use his new properties and enjoy the gameplay.