Download Project Walker Mod for Minecraft PE: explore the post-apocalyptic world, explore the territory in search of food, and escape from zombies in abandoned buildings. 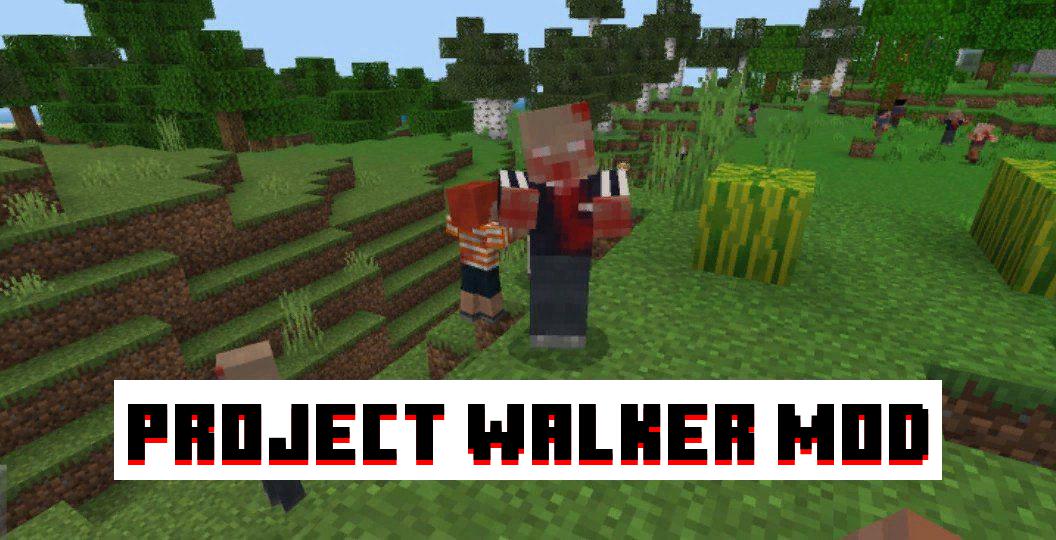 The large-scale Project Walker Mod will add a lot of new mobs, and items to the game world and change the standard principle of survival in Minecraft PE. According to the addon plot, an apocalypse has happened in the world, so now it will become much more difficult to survive because resource reserves are limited and you will have to try to find new items in the most unexpected places.

The danger is not only a new kind of virus carried by zombies but also other players who will be happy to rob you.

The Project Walker Mod will add a lot of new things, namely weapons, machine guns, pistols, grenades, first aid kits, monsters for the zombie apocalypse, and many other supplies for survival in a world full of monsters. The player will get 3D models of guns, snipers, and rifles.

NOTE: Weapons are very effective, but attract zombies and give out a position.

The Project Walker Mod adds a new thirst strip, decreasing by one division every minute. When it reaches zero, the Minecraft PE player will die, so it is necessary to replenish the lost liquid constantly.

To do this, drinks provided by the creators of the modification are used.

Zombies were ordinary people before infection. Because of the virus, they can’t think either, so they don’t use objects and don’t climb stairs. They also show aggression towards survivors and animals.

Escaping from Zombies is not recommended to jump. With such jumps, Steve can break his legs.

NOTE: Morphine will have to be used to get rid of the pain.

Project Walker Mod users need to be careful when they are attacked by zombies, as they can infect the character with a virus. They can get rid of the disease by using medicine or after the death of the Minecraft PE player.