Download Dino mod for Minecraft PE: dinosaurs, giant and terrifying reptiles, and much more are now lurking in the world. 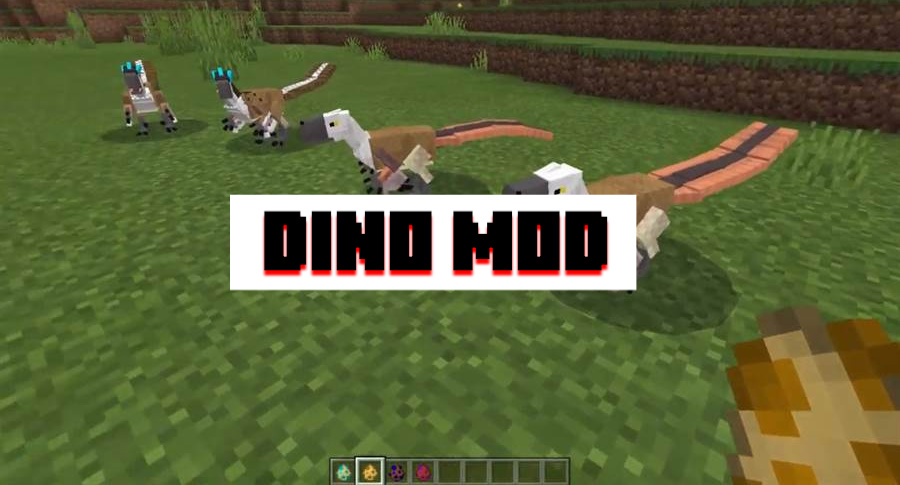 What is Dino Mod?

Dinosaurs have been a subject of adoration for a long time now. Those huge and dangerous reptiles that lived ages ago are attracting people’s attention for some reason.

Perhaps, dinos are the actual, real form of monsters from our imagination. Though boogeymen and other mythical creatures couldn’t possibly live on Earth, dinosaurs could and they did. 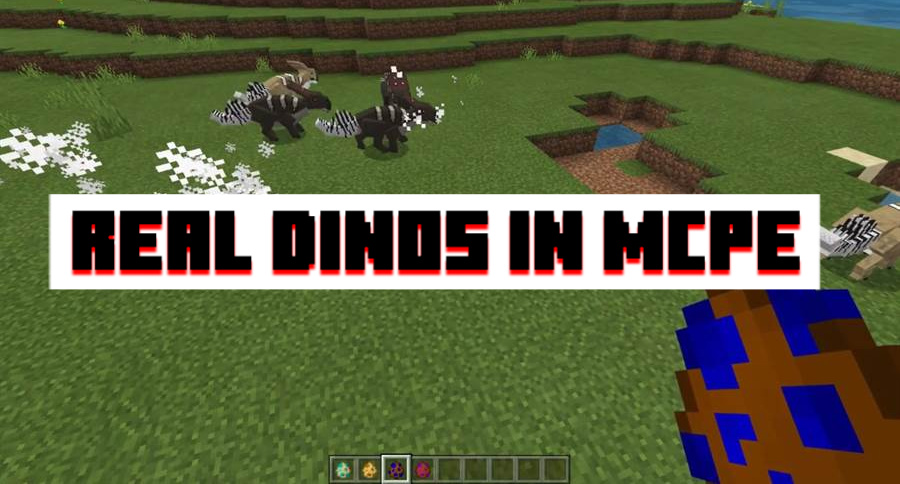 Their MCPE analogs are no less deadly and scary. Players will have to adapt to a new world’s order to survive in it. Don’t worry, it’s not that hard, but at least it’ll give you some challenge.

The addon’s name adds loads of hostile creatures into the game, as it’s evident from the name of it. Some of them are tamable, some are not. What’s the most exciting about it is the diversity of new dinos in Minecraft PE.

For example, velociraptors — perhaps the most famous dinosaurs in the world — are in the mod as well. They can be tamed, but it’s not that easy. First of all, these raptors spawn in deserts and savannas only. 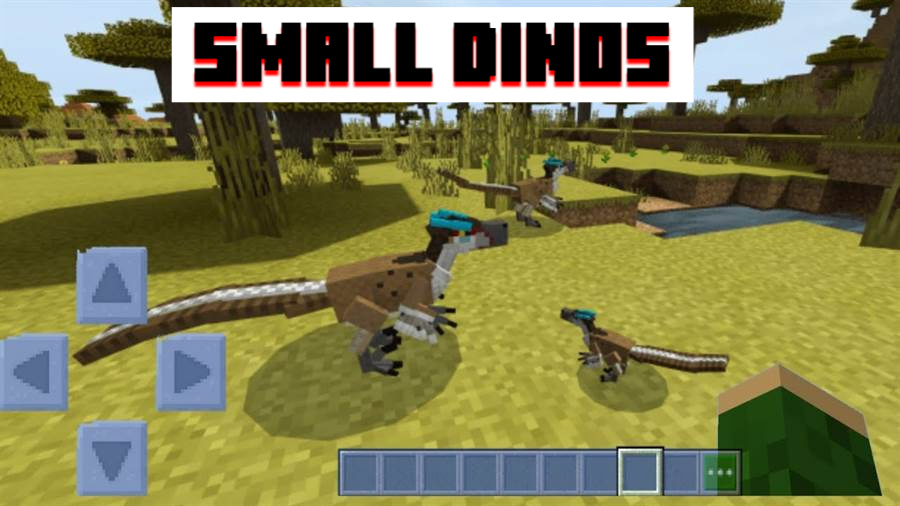 Usually, they are neutral, but if they have a baby near them or are in groups, they’ll attack the user. To tame them, you gotta craft rabbit stew or cooked mutton.

When tamed, they act like cats in MCPE — sleep on your bed and sometimes bring gifts.

According to the author of this Minecraft PE add-on, there are approximately 60 dinosaurs in the game. And all of them have distinct animations as well as behavior.

You can find these dinos all around the world — even in the oceans and in the air. By the way, the biggest ever flying creature of Earth, Quetzalcoatlus, is in MCPE too. 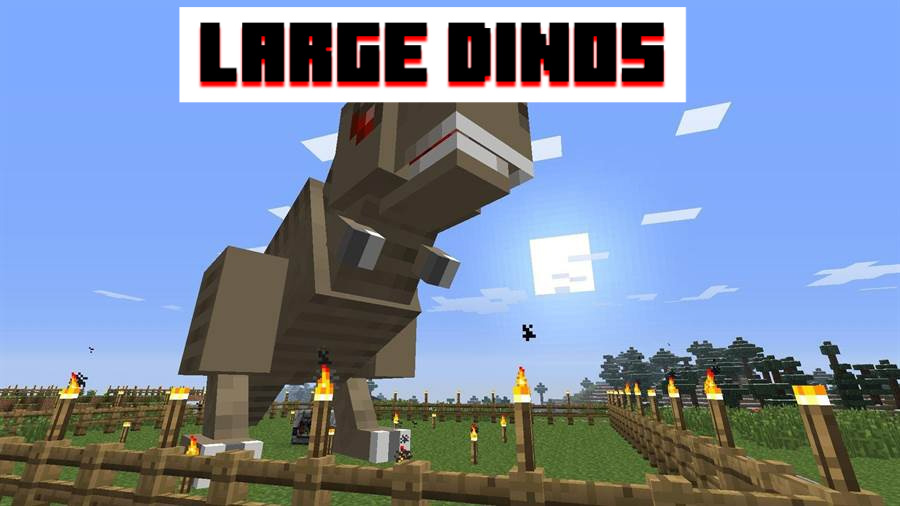 Most of the dinos are hostile, so be ready to run, though they’re much faster, you still have a chance to overrun them. Talking about sizes, users will come across to the creatures of all sizes.

From the tiniest to the largest. Besides, you can’t even imagine how big several dinos are.

These mods are great as well: