Download Lightsaber Mod for Minecraft PE: experience new features that have become available in the blocky world thanks to the real Sith and Jedi armament players watched in Star Wars. 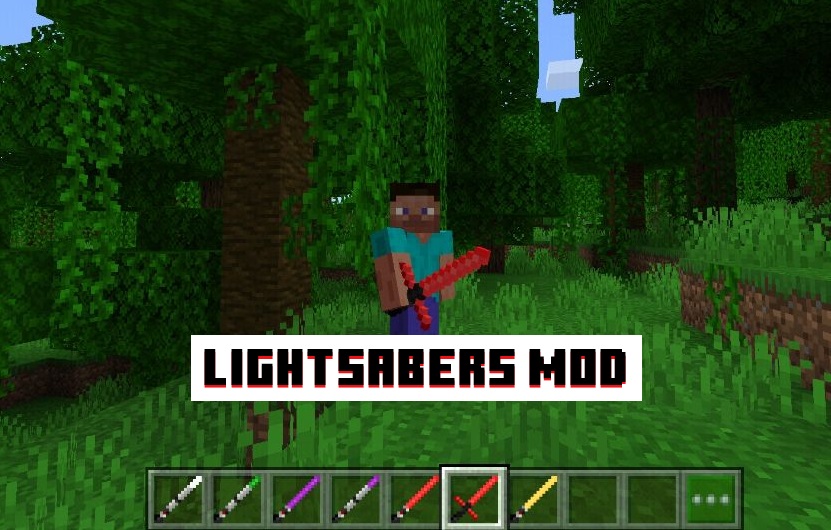 The Lightsaber Mod for MCPE

There is a great number of different kinds of weapons in Minecraft PE: crossbows and swords, bows, and dynamite. The authors of mods try to amaze users with new developments every time. And this time is no exception. With these mods, players get a huge variety of lightsabers from Star Wars.

The Prequel Trilogy Mod will definitely like all fans of Star Wars. Lightsabers will help a Minecraft player to fight monsters. Creepers do not have to be cut in half, weapons will help kill them quickly.

This Minecraft mod is not only a deadly weapons supplement in the game. A Minecraft PE user meets the main characters of the famous saga. The player will decide on whose side to fight: become an ally of Darth Vader or fight against evil forces with Jango Fett.

8 lightsabers, spears, and artifacts that give Steve strength will appear in Minecraft. Artifacts allow Steve to move quickly in the space of the blocky world, easily recover and jump high. Crafting items requires force energy. The Minecraft player gets it for every zombie and cow killed. 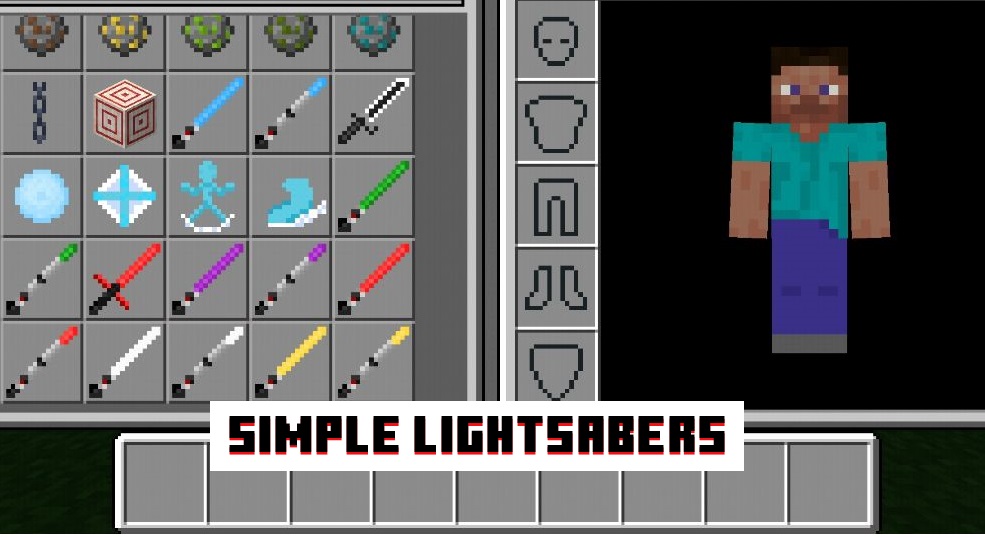 Note: In this mod, the author added the ability to craft absolutely all items in Minecraft PE. If the player does not want to spend time on this, they can also be obtained by simply downloading the “Too Many Items” mod.

Spears and sabers differ in the amount of damage: 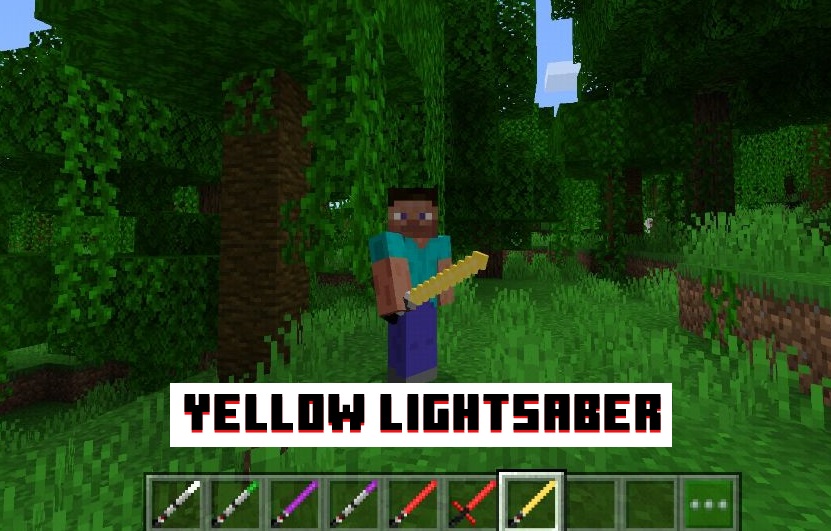 Now everyone who likes the world of Star Wars gets a great opportunity in Minecraft to own lightsabers and become a real Jedi and stand on the side of goodness or join the side of darkness and evolve into a Sith lord.