Download the full version of the Hellish Minecraft update 1.16.100 for Android with a working Xbox Live: new mobs, biomes, and items are waiting for you.

Mojang Studios has released the last part of the Hell update. In Minecraft PE 1.16.100 Nether Update, first of all, they did a lot of work on bugs. All the innovations of the Nether World can be found in the previous versions of the MCPE 1.16 branch.

With the release of Minecraft 1.16.100, the game world has been replenished with one new creature – a mountain goat. It lives in mountainous biomes and can climb almost any height. And the height of his jump helps him in this. Also, a mob can butt the user and any other mob. 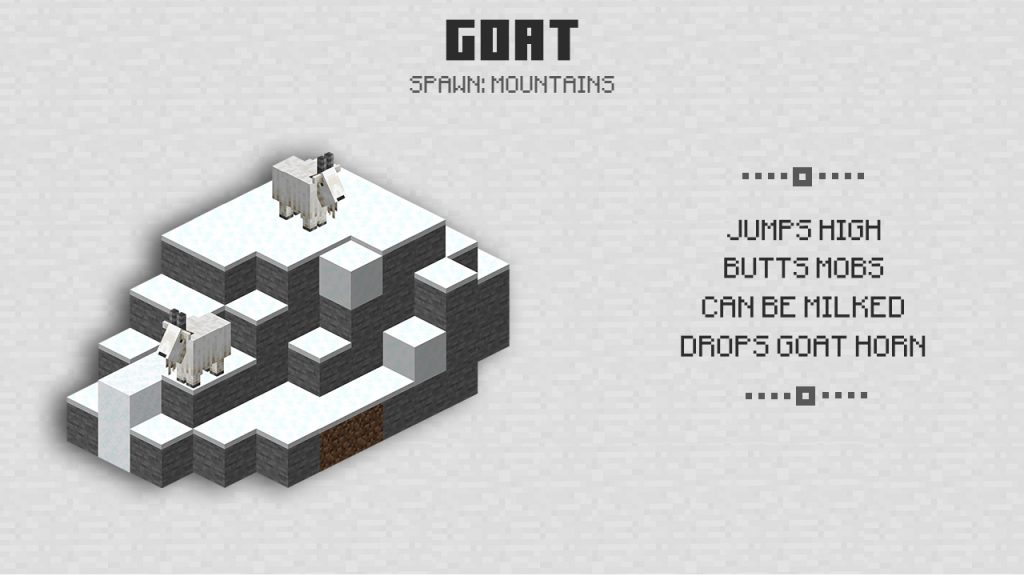 The Mountain Goat is the first mob in the game from which you can get several cubs at once. This creature has only five hearts of life, which is quite small. Also, the player, if desired, can tie the animal with a leash and lead.

When dying from a mountain goat in Minecraft 1.16.100, only a goat’s horn can fall out. However, this requires the mob to collide with a solid block before dying. 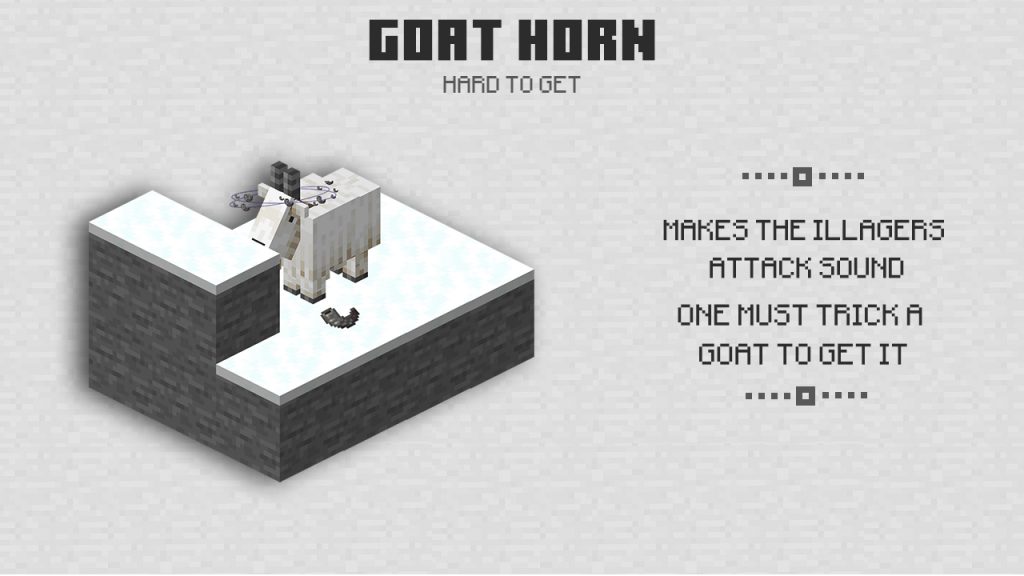 The goat horn itself does not have much functionality. It only emits a sound that is similar to the sound played when robbers raid the village. This item is only available in experimental game mode.

Now users of Minecraft 1.16.100 can customize any game sounds. To do this, go to the appropriate settings in the main menu. There are ten different options available. Here you can customize the sounds of the weather, the player, various mobs, blocks, and more.

We must not forget about the appearance of powder snow in Minecraft 1.16.100. This block practically does not differ in its texture from ordinary snow. But at the same time, the user can fall into powder snow, after which his movement will slow down. 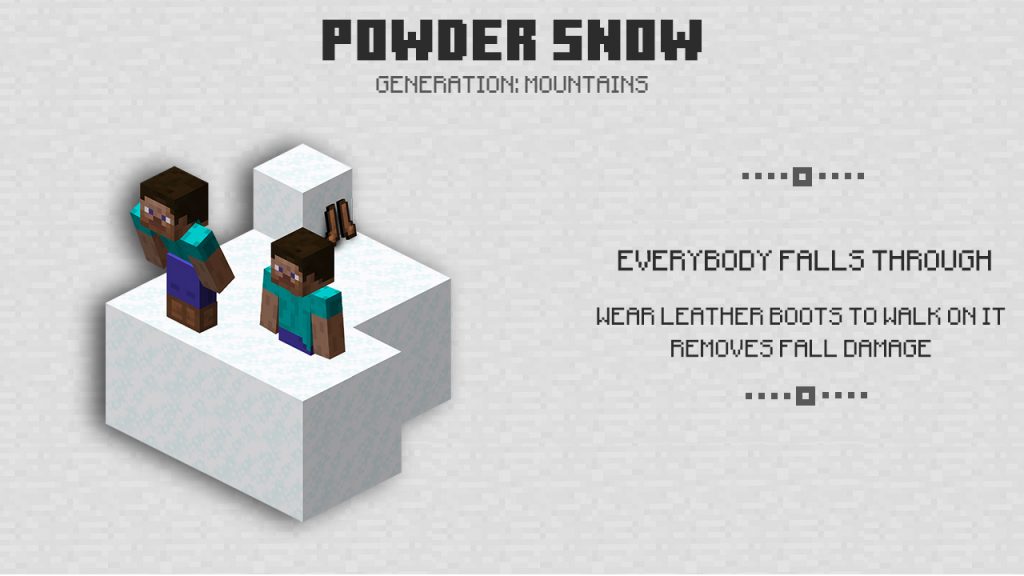 Also, a snow fog will start to render around the player. With the help of powder snow, you can organize various traps. So far, this block is only available in the Creative inventory.