Download Siren Head mod: find an extremely dangerous Boss in the dark forests and fight him. 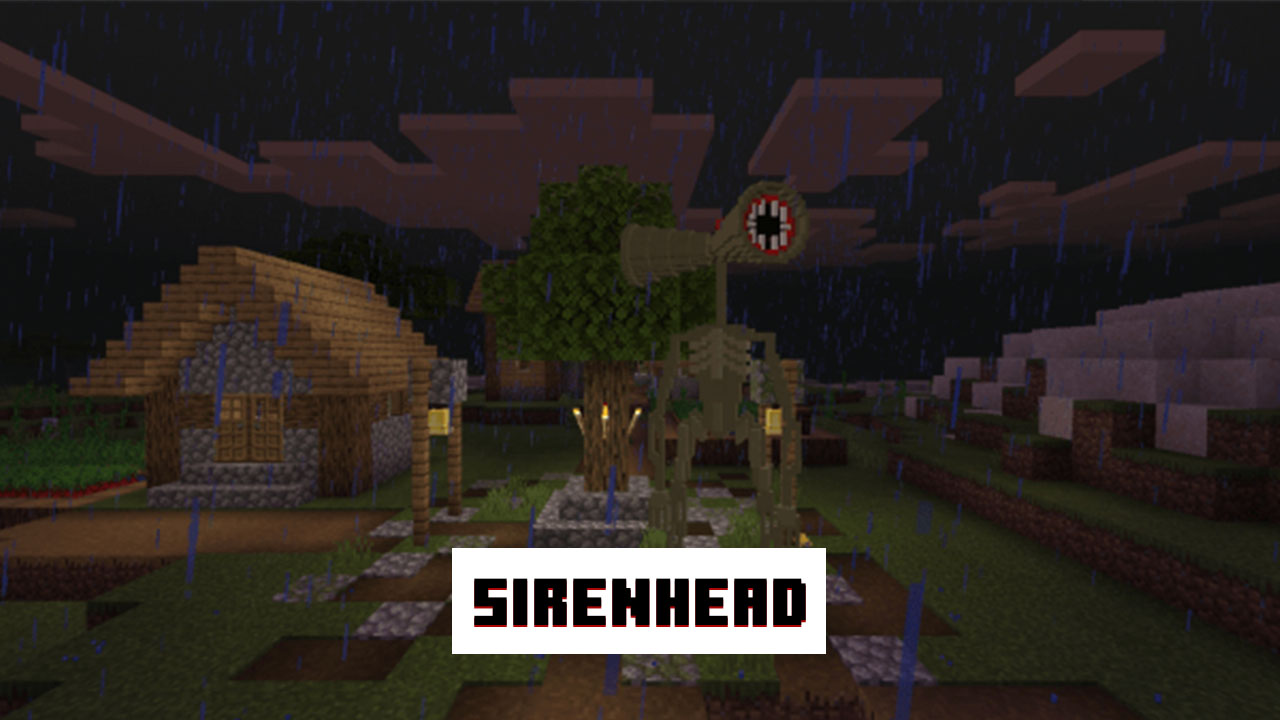 This mod will certainly be appreciated by fans who likes everything scary and incomprehensible. The modifier adds a very strong and hostile Boss to the game. The mod scares all the villagers with just its unbearable scream in the night. The character was invented by artist Trevor Henderson, after which a new creature found his home in the blocky world of Minecraft too.

This mod adds a terrible boss that terrifies the whole blocky world of Minecraft. In addition to the frightening appearance, the mob is still very tall. Its growth is 17 blocks. Everyone who meets the Boss will not be safe anymore. In battle, he blinds and throws the Minecraft player away.

The health of 8000 units allows him to raise mobs and other players and throw them far away from himself. If Steve still manages to defeat a hostile mod, then he will receive experience as a reward for his bravery.
Note: Killing the boss is only possible in ranged combat.

This updated version of the mod, in addition to the Boss himself, adds monsters to the Minecraft world. In total, the mod adds about 10 monsters: a Siren’s Head, her Boss, a Light Head, a Lamb, a Cartoon Dog, a Pink Man, and others. All creatures emit heart-rending screams that can scare the Minecraft player. 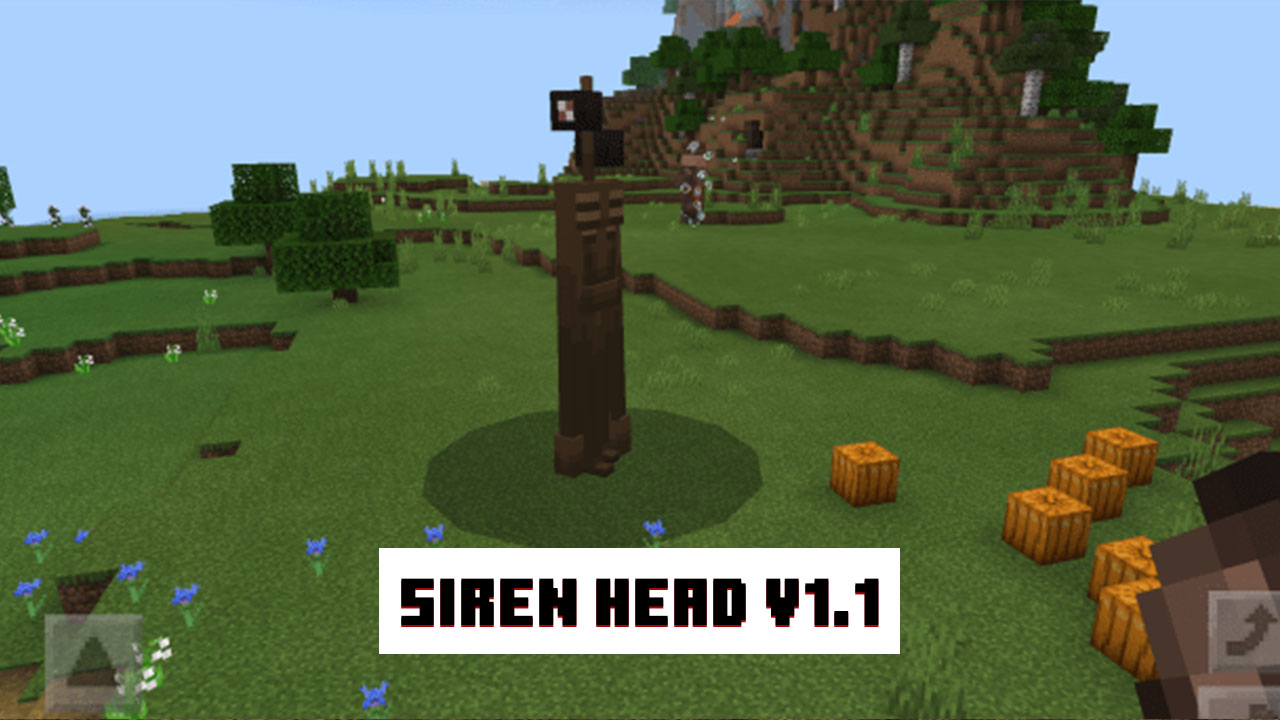 The boss hides superbly at night due to the ability to change the skin. To find the Siren’s head, the Minecraft PE player will need a special flashlight, with which you can not only light the way in the night forest, but also see the Siren’s Head.
Note: The mob will spawn in the taiga biome.

This updated version of the mod adds a cartoon cat. A Minecraft player has no time to relax, because the cat only looks cute. In fact, he is a very dangerous opponent. The uniqueness of the cat is that it changes the size of its body. 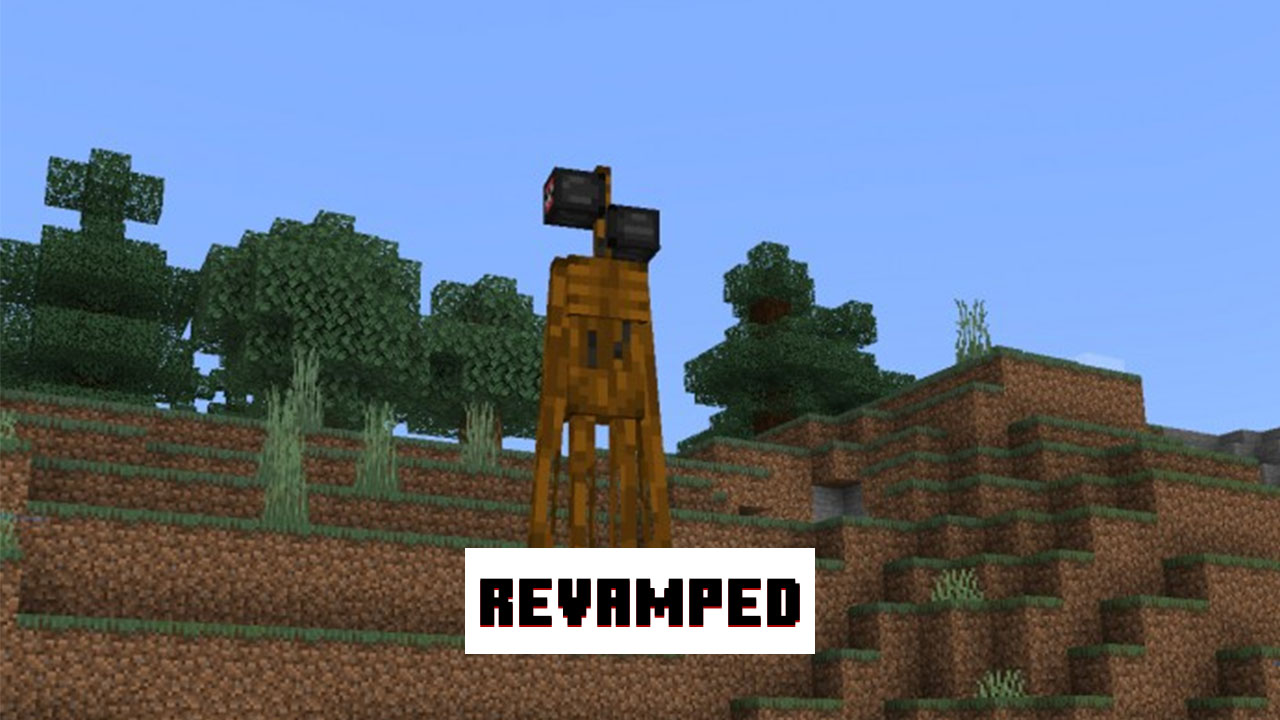