Download Best Maps for Minecraft PE 1.19: get the opportunity to be a part of famous games! 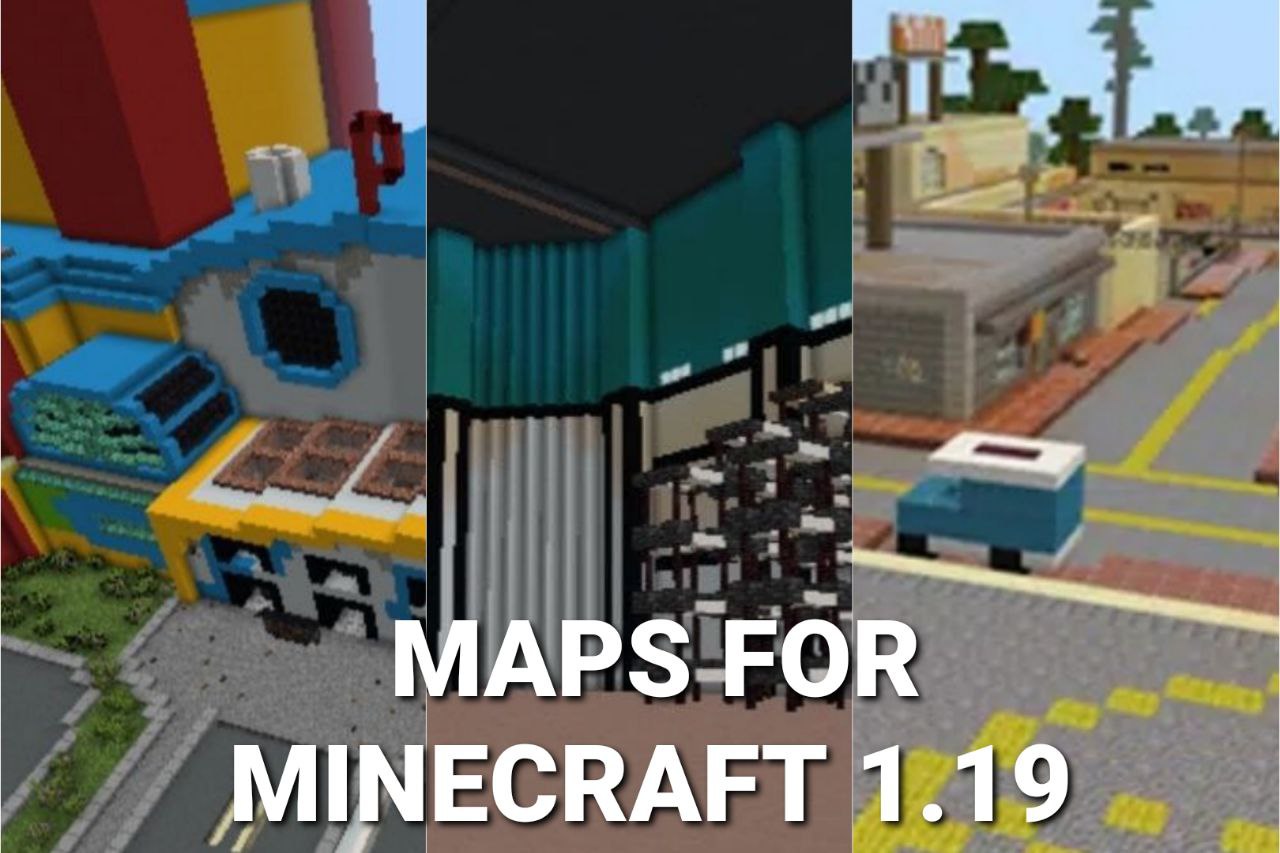 Developers create new worlds for Minecraft PE 1.19 users. There are locations similar to places from famous plots. The most interesting of them you can download here.

Many Minecraft 1.19 users like to play GTA and know the city of San Andreas very well. The map developers let players walk around familiar places.

Players begin to explore the center of the city in creative mode, after which they can change it.

The GTA map is located in one of the deserts of MCPE. The location is suitable for multiplayer, where players can arrange team games. 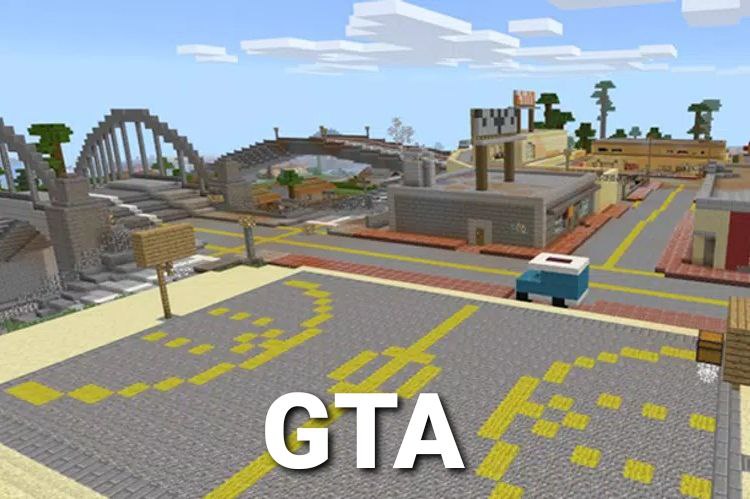 The advantage of the San Andreas map is in full compliance with the original. Players can see the Los Santos River and other areas.

The city looks beautiful and is great for survival. Houses and buildings are complemented by a suitable landscape. There are many green trees in the GTA city.

There are many buildings on the territory of San Andreas in Minecraft PE 1.19. Most of the buildings are residential.

One of the houses looks the same as the home of the protagonist of GTA. It applies not only to the appearance but also to the interior.

In addition, there are shops, office buildings, and sports fields.

The GTA atmosphere in Minecraft 1.19 is complemented by roads, of which there are many on the map. There is a highway that stretches through the entire territory and a bridge.

You can arrange races with friends because there is enough space in San Andreas.

The developer of the map for Minecraft PE 1.19 decided to please the fans of the Poppy Playtime game. The blue monster Huggy Wuggy will be waiting for the players at the factory. The building is present on the map and takes up a lot of space.

First, Steve finds himself in the parking lot in front of the building. There’s even someone’s car parked here. 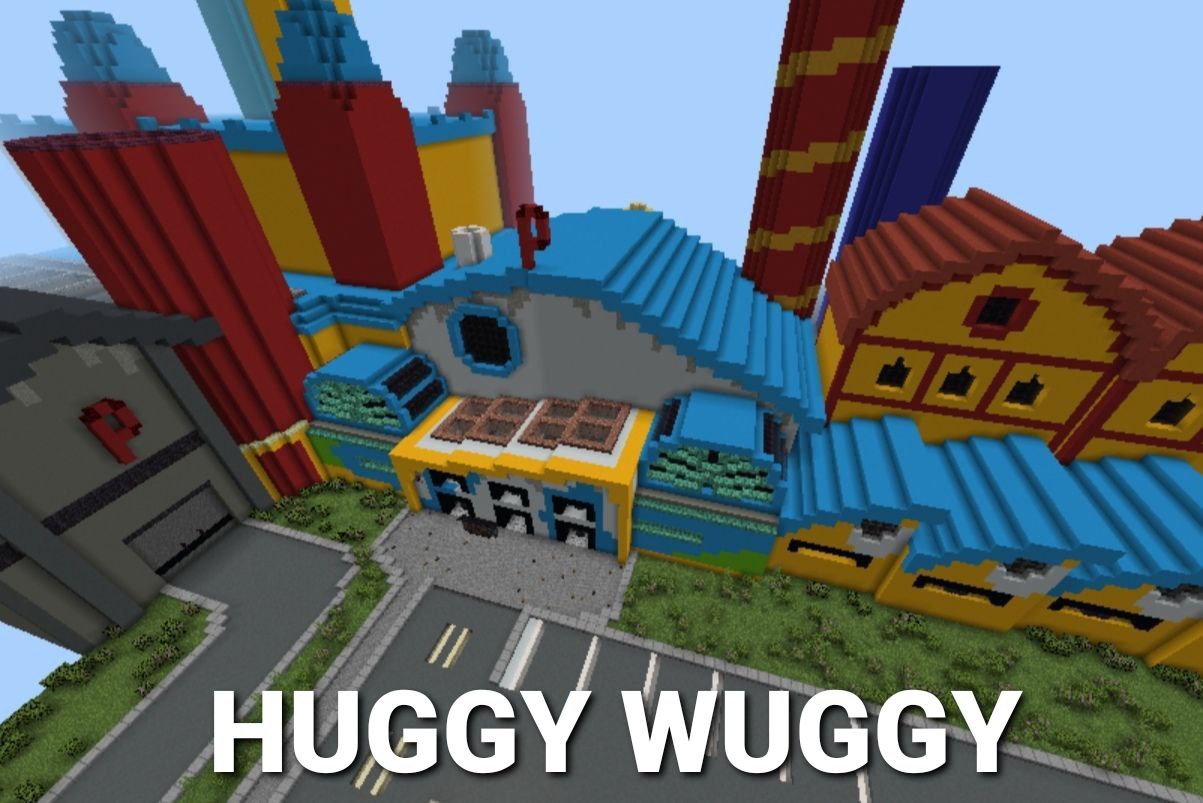 The adventure in Minecraft 1.19 has a plot: the main character goes to the factory to unravel the secrets of his employer. Steve’s colleagues went missing, and he decided to find the reason.

Since Huggy Woogie lives inside the building, it’s better to put on armor and take a weapon.

There are many rooms inside the location, among which there is a toy production, where a blue monster will appear. All parts of the map are detailed and occupy a large area.

The squid game has become very popular among Minecraft PE 1.19 players. The map developers have created similar locations for the blocky world.

This map will allow users to participate in dangerous competitions. Here players will find the famous location with red and green lights and a glass bridge. 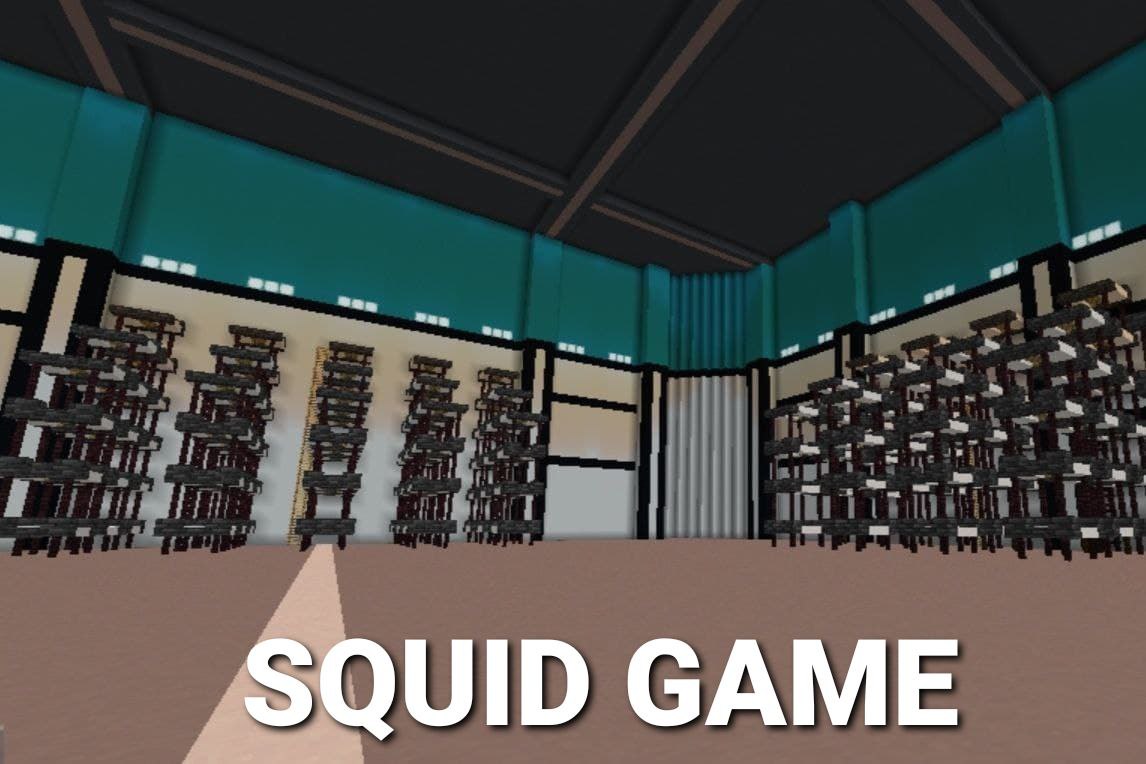 The game starts in the lobby, where players appear. The unusual design everywhere complements the atmosphere of the Squid game, and there is another room ahead.

Minecraft 1.19 players can recognize several characters. They all have their numbers, just like in the series.

By the way, there is an option to choose a classic character skin instead of a new one.

The glass bridge on the map for MCPE is a structure that you need to pass and not fall. The second location is more difficult because players need to get to the finish line and stop on time at the signal.