Download Huggy Wuggy Mod for Minecraft PE: try to survive or hide from the terrible monster that roams the cubic world. 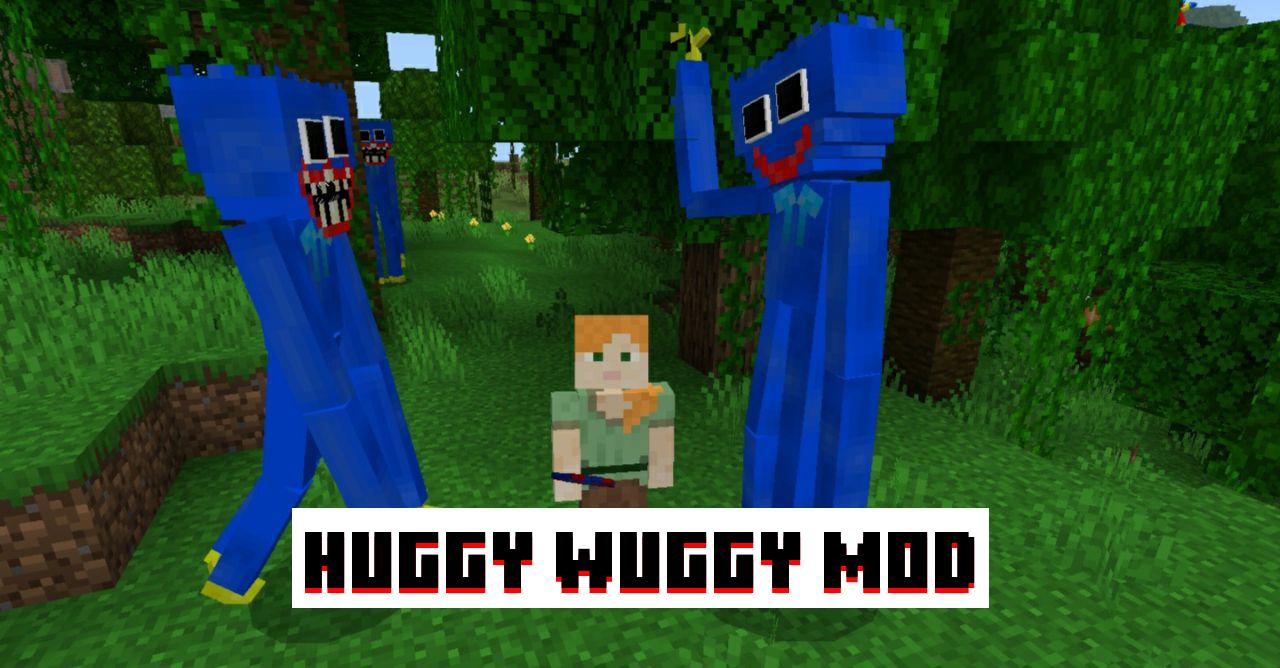 What is interesting in Huggy Wuggy Mod?

The main character of the acclaimed computer game has many fans and opponents around the world. The indisputable fact is that this monster does not leave anyone indifferent who sees it at least once. 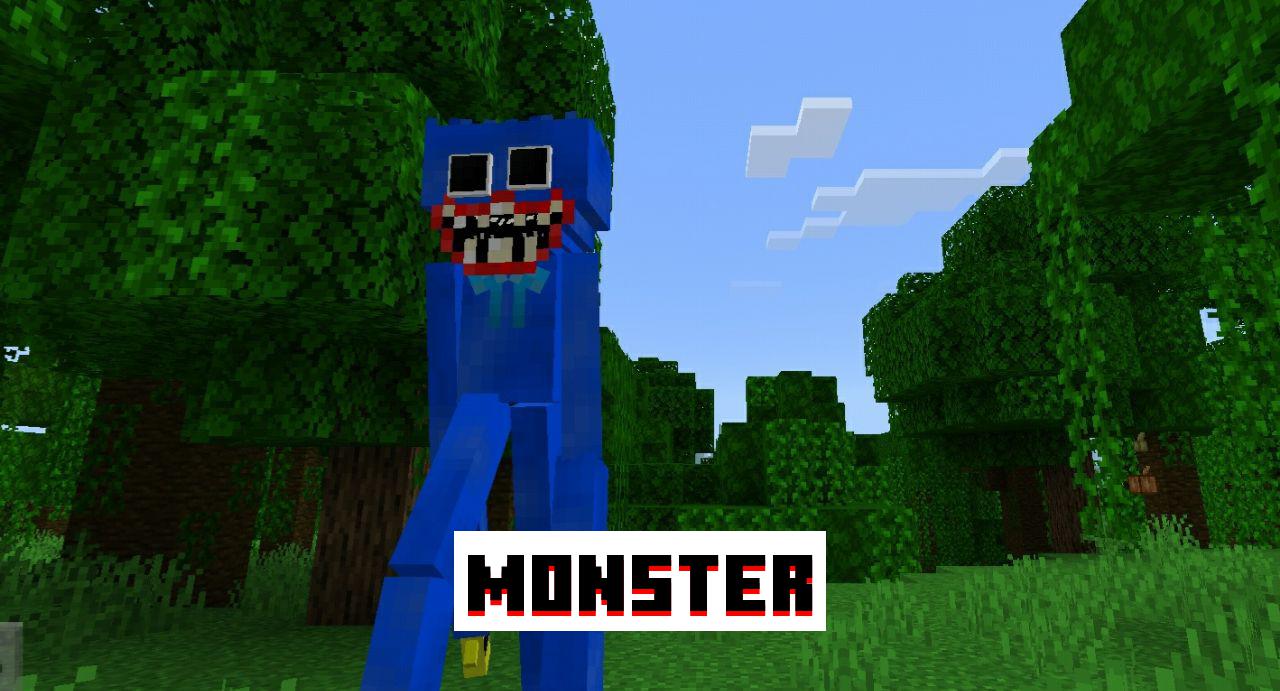 It is all about an extremely unusual appearance, at first glance, it looks like a blue toy for children, soft and with a huge smile. But if you look closely, it becomes clear that nothing good should be expected from him.

The authors of Huggy Wuggy Mod have tried to transfer the appearance and image of this monster in as much detail as possible. Minecraft PE players should be very careful because the monster is already looking for its victims.

In terms of popularity in the world, this monster has surpassed all modern computer game characters. Perhaps it is all about its appearance, which the authors of Huggy Wuggy Mod managed to recreate in full. 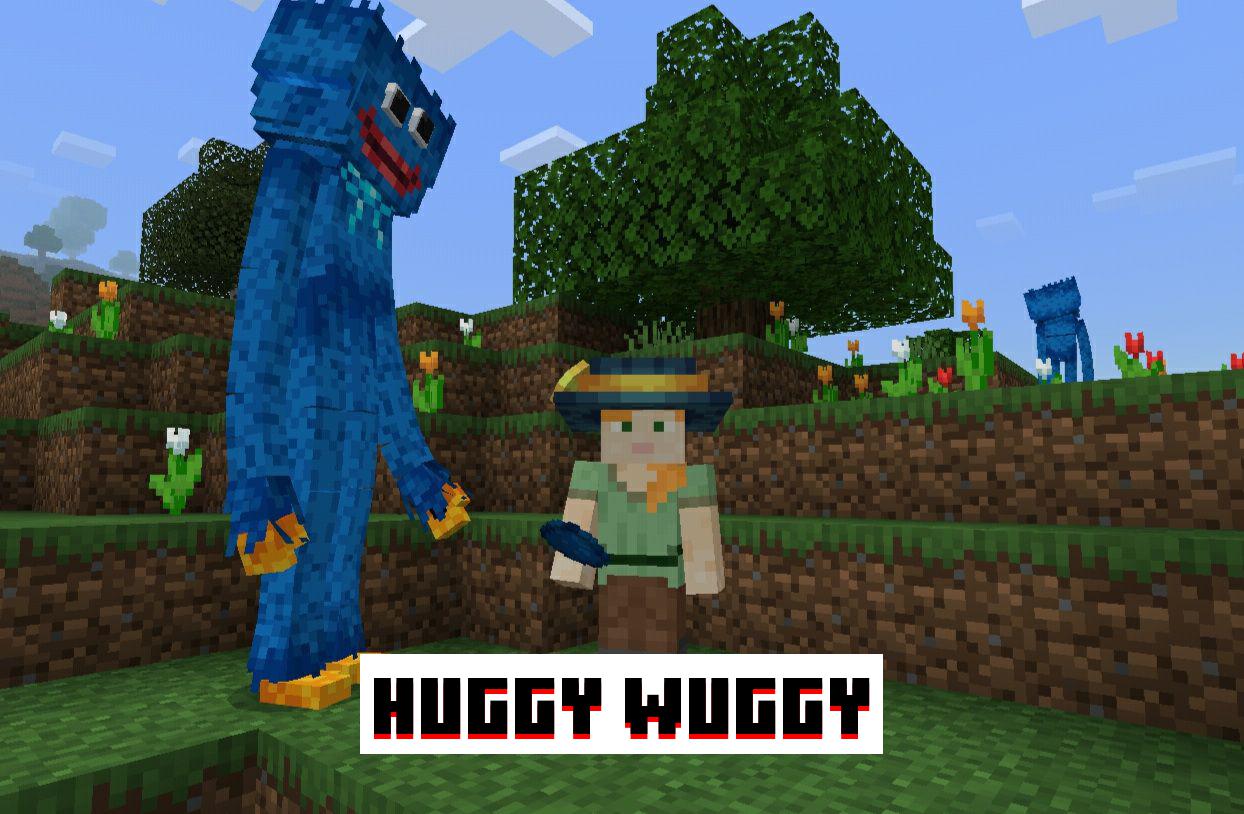 It is worth noting that as soon as the monster appears in Minecraft PE, it will start attacking everyone who gets in its way, including other mobs and the player himself.

Another addition for Huggy Wuggy Mod, the main character of which will also be the famous blue monster. His limbs can increase in length and he will do everything possible to get to his victim. 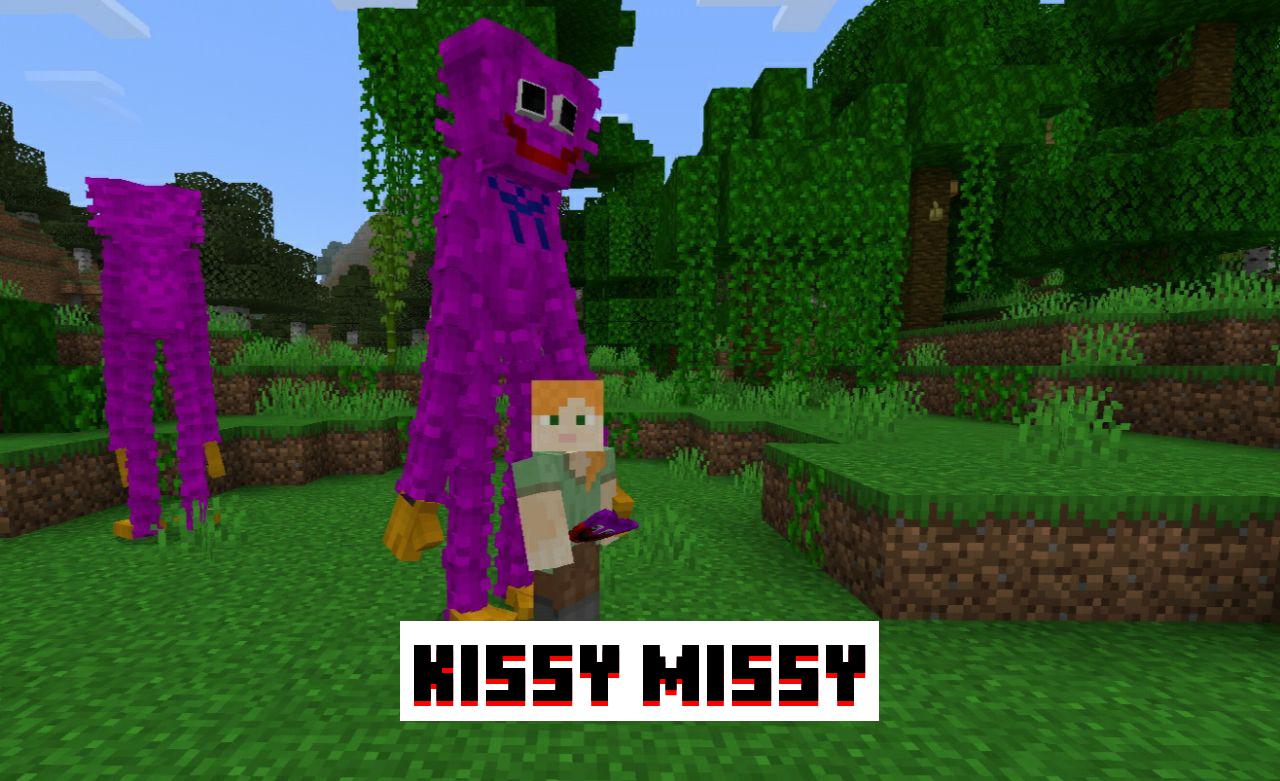 The world of Minecraft PE will be filled with the atmosphere of the famous horror adventure.

Even more different creatures and items from the famous toy factory will add to the cubic world this addition for Huggy Wuggy Mod. In addition to the main character, players will be able to see with their own eyes other horror game characters. 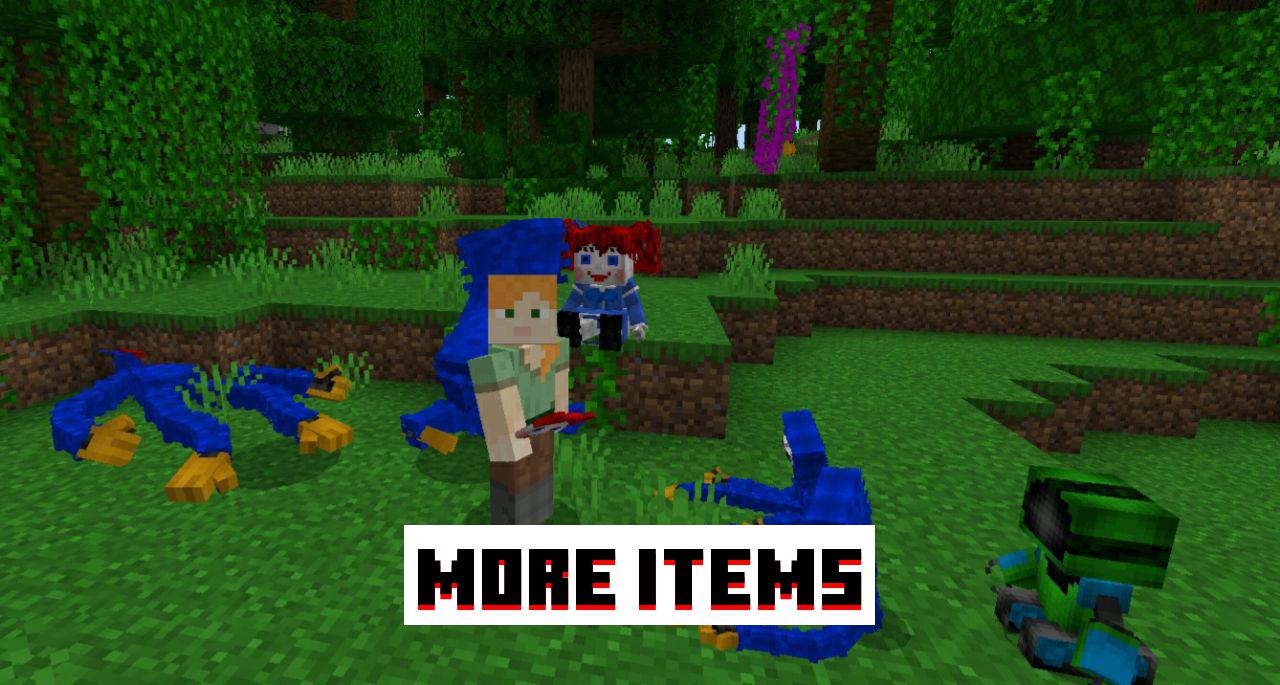 Also in the Inventory of the Creative Mode, you can find a lot of items that are suitable for creating an original atmosphere. These are various toys and statues that were created specifically for Minecraft PE.