Download Minecraft PE 1.14.20 for Android with a working Xbox Live: make friends with cute bees and build several houses for them. 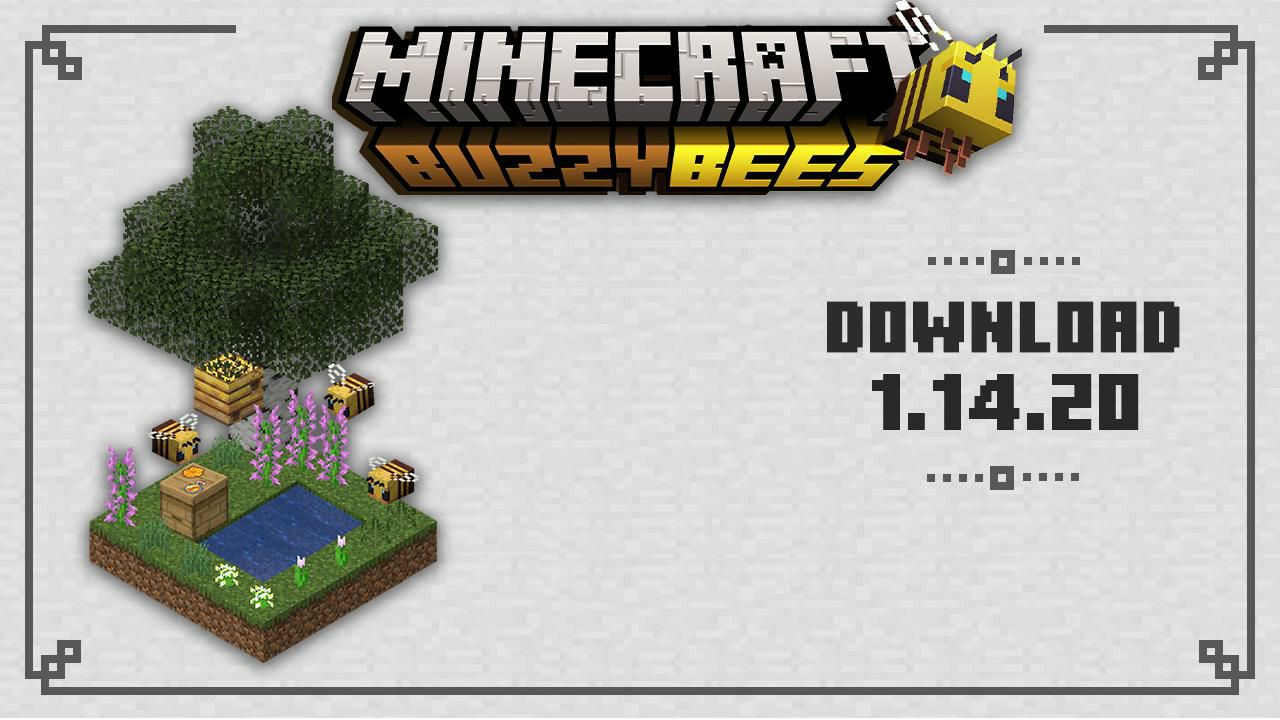 Due to a large number of innovations in previous versions of the game, there were many failures and shortcomings.

In Minecraft PE 1.14.20, developers have tried to eliminate most of them. By the way, the player can try in an exciting activity – collecting honeycombs. Or even build your own apiary and create honey.

The main actors of the entire branch of this update and Minecraft 1.14.20, including these buzzing insects. Players should seriously think about getting at least a couple of these creatures.

The fact is that, in reality, they are incredibly hardworking and will produce delicious honey in unlimited quantities. All they need for this is flowers nearby to collect nectar.

And, of course, you will have to build a hive in which bees will hide from danger and store a useful treat.

Basically, bees are neutral mobs, which can also bring a lot of benefits to the player. 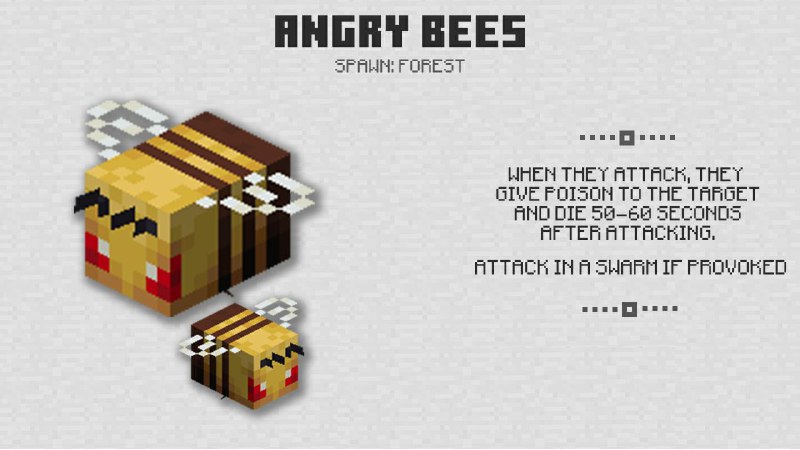 But if he offends at least one of them, it can infuriate the insects. And the eyes will turn red and they will start attacking.

These blocks have perhaps one of the most unusual uses in Minecraft Bedrock 1.14.20. Thanks to their sticky properties, they can help the player hide from an approaching aggressive mob. 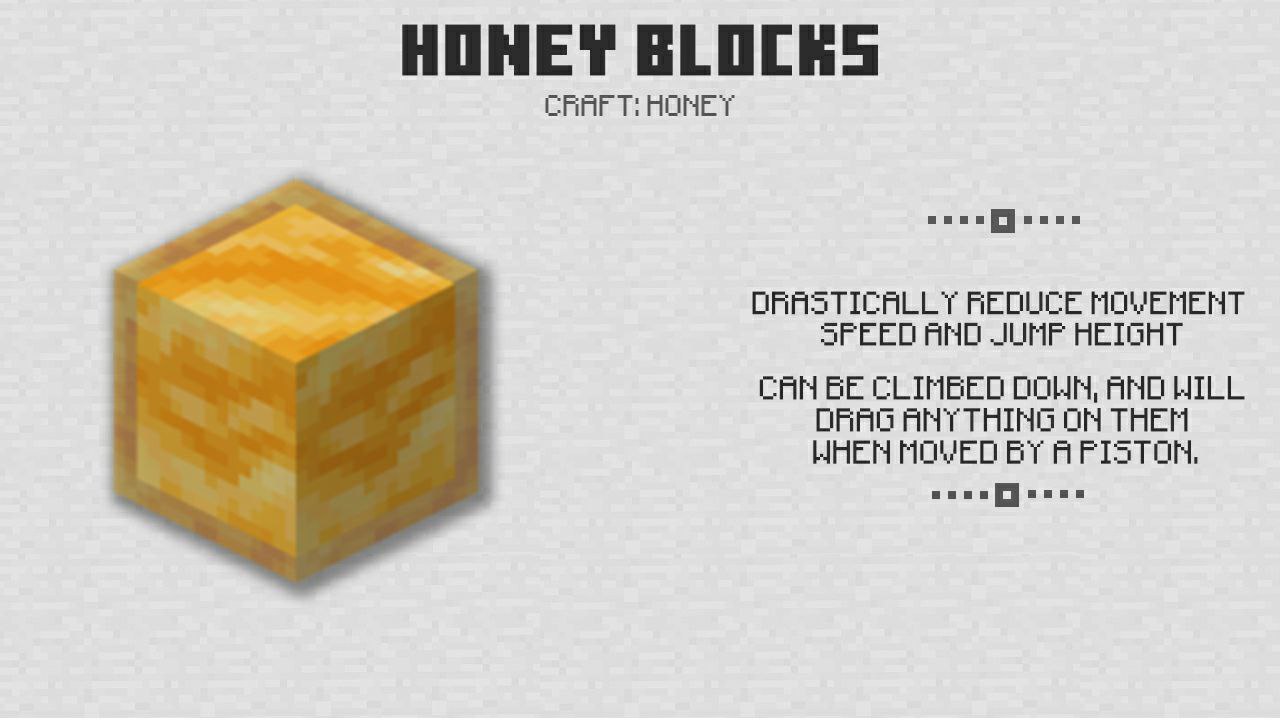 If he falls into such a trap, it will give the hero time to retreat or to find shelter. Also, in case of falling from a height, it will minimize damage, because the player will simply get stuck in it for a while.

To get honeycombs in Minecraft 1.14.20, the player will need to go to the forest and find a bee nest on a tree. Then, using scissors, players can simply assemble the necessary item. 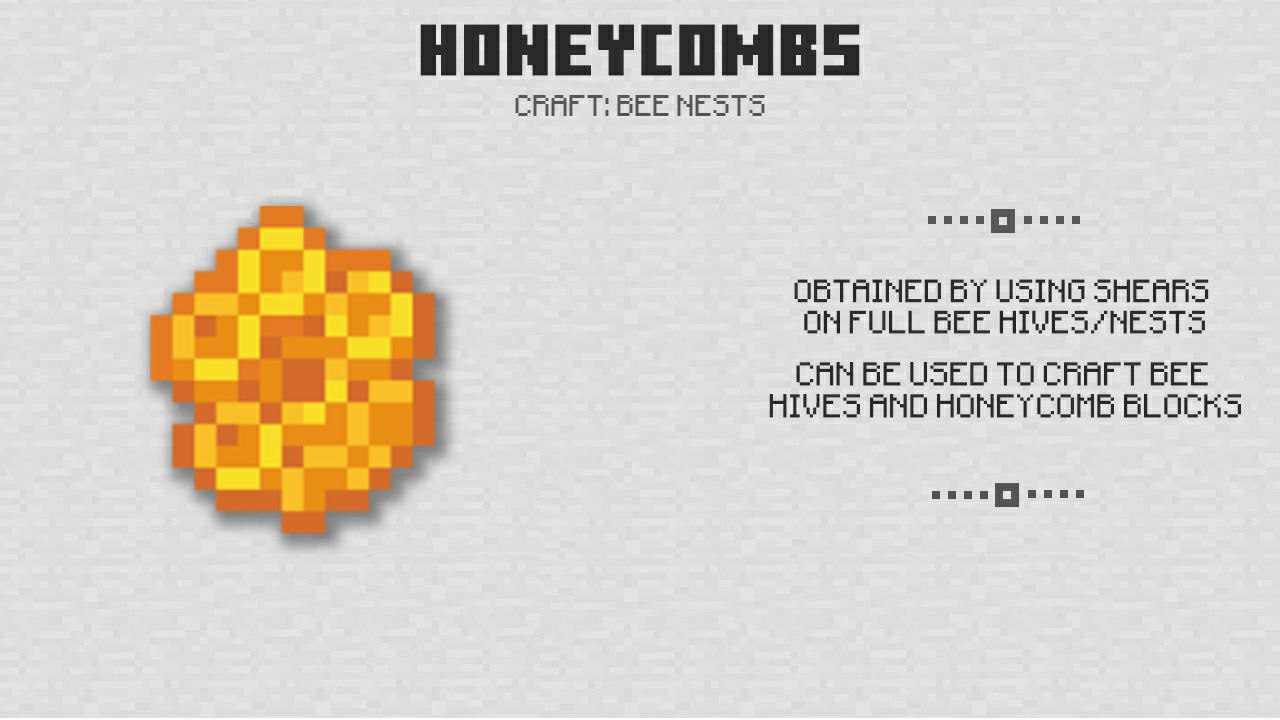 Users can use it in the preparation of sugar or other treats. Also, by combining empty bottles, they can create stocks of nutritious treats.